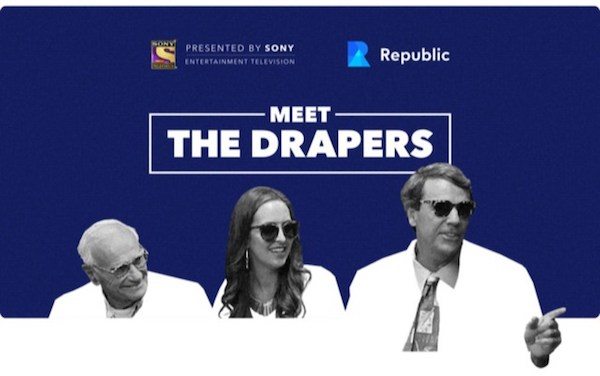 Meet the Drapers, a crowdfunding TV series that allows “regular” people to become investors, is set to premiere this Sunday (November 19th) on Sony Entertainment Television. 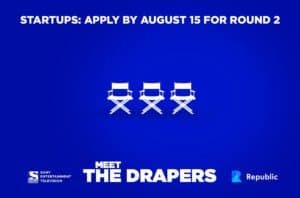 The two senior Drapers will be joined by Jesse Draper who was the creator and host of 2015 Emmy nominated television series, “The Valley Girl Show”. She is a founding partner of Halogen Ventures, focused on early-stage investing in female-founded companies. The three Drapers, along with a mystery judge will listen to three startups pitch to 3 generations of the Drapers. Investments will take place through the equity crowdfunding platform Republic.

“Republic’s partnership is instrumental for the show’s success. No other platform out there makes investing as friendly and easy, which is critical for the – often first-time – investors watching the show.”

“South Asians – the show’s core audience – are a vibrant part of the Silicon Valley startup culture. We created this show to showcase these trailblazing entrepreneurs, VCs and angels, and to allow our viewers to participate in their ventures.”