Australia-based fintech payments company Credit Clear announced on Thursday it has launched a $10 million Series A Capital Raise, seeking the funds in order to expand its revolutionary data-driven invoicing and collections platform globally. 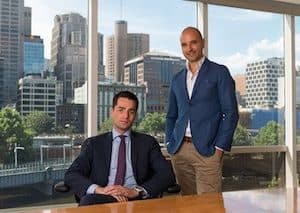 Launched in July 2017, Credit Clear has processed more than $180 million in debt for the corporates in Australia, which includes major financial institutions, telecommunication, utilities, government and property agents. The company stated:

“Credit Clear is a seamless mobile communication, billing and payment solution. This cutting edge technology has proven to significantly increase the collection of debts by as much as 500% when compared to traditional methods, by using a mobile white label, one step pay now or interest free payment plan offering. Credit Clear can also replace traditional billing systems with a digital and actionable invoices.”

Credit Clear’s Managing Director, Simon Scalzo, revealed that he believes these early outcomes highlight how FinTech is overcoming the huge disconnect between the service offerings of traditional processes and the consumers’ demands He shared:

“Australia is a great international launch market for fintech products, due to its early adoption of new technology and ideas. With global adoption of fintech services surging dramatically, we plan to continue our rapid growth trajectory into 2018 by opening offices in larger markets, while continuing the evolution of the product to develop new models for digital lending.”

Credit Clear also noted that it has attracted the support from some of APAC’s leading technology executives who join its Advisory Committee, including Neal French, Head of Chrome & Android for Work–Google APAC & Japan; and Stephen Borg, Global CDO AOPEN Group. Scalzo added:

“We have developed an exciting fintech offering with multiple future applications, that generates revenue and has significant customer intelligence capabilities. Businesses and end-users are gravitating toward Credit Clear because it approaches an old problem in a distinctly new way.”