Yumbles, a UK-based online marketplace for artisan food, has successfully secured its initial £170,000 from more than 220 investors through its equity crowdfunding campaign on Crowdcube. The platform launched the funding round earlier this month and is now seeking the funds for growth and expansion. 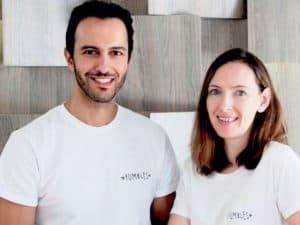 The platform, which was founded by Simos and Katie Kitiri, stated it connects more than 600 independent food makers directly with consumers looking for high quality, ethically produced food and beverage. It already offer over 6,000 products that cater to many different tastes and needs, including special diets, treats, snacks, and gifts.

“We have seen sales of over £1 million (Gross Merchandise Volume) resulting in £400,000+ revenue to date (EBITDA -£267,000 to April 2017). We now aim to reach profitability and scale further. Yumbles has been featured in most mainstream media including the FT, Guardian, Metro, BBC Good Food Magazine, Daily Mail and many more.”

“We have doubled orders from organic (free) sales channels over each of the past 2 years, reducing our cost of customer acquisition.”

While speaking about the company’s crowdfunding success so far, the Yumbles team stated: 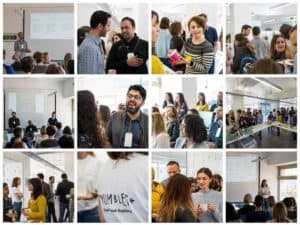 “We have been overwhelmed by the level of interest especially over the last few days – please do bear with us if you have sent us a question that we haven’t managed to answer yet, we will get back to everyone asap and ensure there is sufficient time following that to make your investments. We want to make sure that anyone that has been considering to invest has the chance to do so despite our target reached early and, after discussing with Crowdcube too around our concerns about the festive period, we have decided to allow the campaign to overfund.”

The team also noted that Any extra funds from overfunding will be mainly used for additional marketing activities for growth as well as to accelerate the implementation of their technology roadmap. The campaign is set to close on Christmas Day.