Minnesota is one of the best organized states when it comes to intrastate crowdfunding activity. There are a growing number of states that have state based securities crowdfunding rules but Minnesota has been fortunate to have MNvest, a non-profit group, as a guiding light for the regulations and, importantly, for the emerging industry on a local level.

According to MNvest, in the past twelve months ten campaigns have raised $750,000 for Minnesota businesses. That’s not bad at all.

There have been ten companies leveraging the Minnesota intrastate exemption, with five fully funded, including: 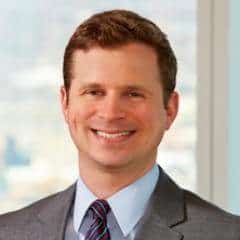 Three portals were approved during the year with one recently filing for state approval.

We asked for some feedback from Robins on the first full year of intrastate crowdfunding; Robins shared;

“We are thrilled to see the amount of companies using MNvest and amount of capital raised from everyday investors.  The future looks bright for young and growing companies seeking funding from the crowd!”

Congratulations to Minnesota and MNvest and all the best in the coming year!

An update of @MNvest at 12 months: ten campaigns have launched; five have closed on more than $750,000 in capital from everyday investors! To learn more, visit https://t.co/GwteALomUL. pic.twitter.com/KbjXWU3d5X