Ophir Gertner, Co-Founder of Stox and Invest.com, announced this week he is set to join NKOR, a Blockchain technology-based solution to complex legal issues of copyright infringement. Gertner will not only invested in NKOR but also partnered the advisory board. 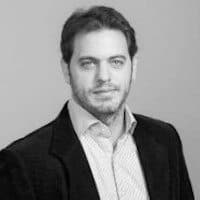 Gertner Co-Founded Stox, which raised $33 million in less than 48 hours after launching. Stox is described as an open source, Ethereum based prediction market platform. Using the wisdom of the crowd, users will be able to trade the outcome of events in almost any imaginable category – finance, sports, politics and even the weather.

Upon meeting with NKOR’s entrepreneurs, Gertner has chosen to take part in the company’s upcoming ICO. He joins Anatoliy Melnichuk, the CEO at Groupon-SnapSaves, Andrey Yashunsky, Partner at Da Vinci Capital, and David Mickler co-founder of QVentures – creating an impressive investors team (Da Vinci Capital and QVentures invested with more than 220 million USD in 48 different projects).

According to forecasts, NKOR will launching an ICO this upcoming February and will be seeking up to $20 million. The funds from the ICO round will be used to cover NKOR’s complex development costs, employing 50 workers, and maintaining offices in Ukraine, Russia, and New York. Eric Klein, CEO of NKOR, added:

“When a Blockchain persona such as Ophir believes in us, it makes me certain that we are on the right path. I hope that this move will open the door for more high-class investors”.