deVere Group, an international financial advising network with more than 70 global offices, over 80,000 clients and $12 billion under advisement, has officially entered the cryptosphere, with the launching of a new cryptocurrency app in reply to the “soaring global demand” and in defiance of financial traditionalists. 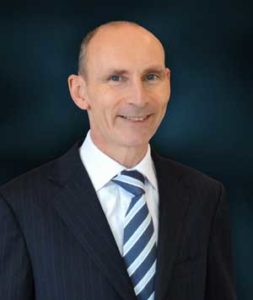 “2017 saw the true dawn of the financial technology era.  Fintech is already fundamentally changing the way we access, manage and use money – and the changes are coming quicker than ever before due to improving technologies and growing demand. Nothing has captured the imagination in this new fintech age quite like cryptocurrencies, specifically Bitcoin.  No-one was really talking about it back in 2016.  But those who invested in Bitcoin before the beginning of last year have enjoyed an impressive price increase,” commented deVere Group’s founder and CEO Nigel Green. “History will teach us that 2017 was the year that digital currencies came into the mainstream. To meet this soaring global demand, we’re launching deVere Crypto, a pioneering cryptocurrency app, available for Apple and Android.  It allows users to store, transfer and exchange five major cryptocurrencies. These include Bitcoin and Ethereum. A team of some of the world’s leading blockchain – the revolutionary technology that underpins Bitcoin – and other fintech experts have created this new app which, I believe, is going to set a new standard in the thriving cryptocurrency sector.”

“Our digital world needs digital currencies.  It makes sense. The world has changed in three significant ways that support the rise of cryptocurrencies:

“Traditionalists who declare cryptocurrencies ‘a fad’ are akin to King Canute trying to command the tides of the sea to go back,” summed up Green. “deVere Crypto is designed to meet the growing need and want to store and transfer cryptocurrencies. It’s meeting the evident demand.”