With its equity crowdfunding campaign set to close this weekend on Crowdcube, health-tech marketplace Doctaly will complete the funding round with more than £700,000 from over 975 investors. The campaign was launched last month and quickly secured its initial £500,000 funding target. 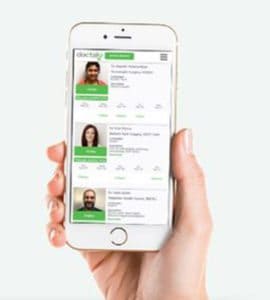 As previously reported, Doctaly was launched in 2016 and describes itself as the UK’s first online GP marketplace that enables patients to book a convenient face-to-face consultation with an NHS GP on a private, fee-paying basis. The company also revealed:

“General Practice is widely recognised as being in crisis. An ageing and growing population, lack of funding, and falling GP income has resulted in many doctors leaving the profession. Average patient waiting time to see their registered GP now exceeds two weeks in London, up 35% in one year. Our model seeks to alleviate the problems on both sides, by providing additional flexibility and income for the doctor, and access, choice and convenience for the patient. Doctors treat Doctaly patients at their existing practice, working around their existing NHS commitments.”

In a recent update, Doctably announced its first practice in Hampshire, Bermuda, and Marlowe Practice, which is located in Basingstoke. The company stated:

“Expanding our coverage in areas of fast corporate growth, like Hampshire is integral to Doctaly’s B2B strategy. We will of course also continue to develop and refine our existing PPC/Social campaigns and PR strategy, to cover the B2C audience in the area and drive demand to our participating GP practices. We very much look forward to welcoming and working with Dr Conley and the rest of the team at Bermuda and Marlowe Practice.”

All funds from the Crowdcube round will be used to sign up GPs, develop B2B distribution partnerships, execute B2C marketing strategies, further develop the technical platform, build iOS/Android apps, and build its internal team and operations (i.e. sales, partnerships and customer support teams). It is set to close this Saturday.