The Securities and Exchange Commission (SEC) swooped in and filed fraud charges against a former Bitcoin-denominated platform and its founder Jon E. Montroll with operating an unregistered securities exchange and defrauding users of that exchange. The SEC added that the operator also made false and misleading statements in connection with an unregistered offering of securities. Montroll shut down BitFunder in November of 2013 having operated the cryptocurrency exchange since 2012.

The SEC alleges that BitFunder and Montroll defrauded exchange users by misappropriating their Bitcoins and failing to disclose a cyberattack on BitFunder’s system that resulted in the theft of more than 6,000 Bitcoins which were valued at the time at approximately $775,075. Today, that number would be far higher. The SEC also alleges that Montroll sold unregistered securities that purported to be investments in the exchange and misappropriated funds from that investment as well. 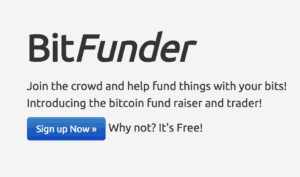 Marc Berger, Director of the SEC’s New York Regional Office, said that platforms that engage in the activity of a national securities exchange, even if they deal in digital assets or digital currencies, must register with the SEC to operate.

“We will continue to focus on these types of platforms to protect investors and ensure compliance with the securities laws.”

Lara S. Mehraban, Associate Regional Director of the SEC’s New York Regional Office, added that Montroll defrauded users of the exchange by “misappropriating” Bitcoins and not revealing a cyberattack that resulted in Bitcoin theft.

“We will continue to vigorously police conduct involving distributed ledger technology and ensure that bad actors who commit fraud in this space are held accountable.”

The SEC complaint seeks permanent injunctions and disgorgement plus interest and penalties.

In a parallel criminal case, the U.S. Attorney’s Office for the Southern District of New York today filed a complaint against Montroll for perjury and obstruction of justice during the SEC’s investigation.