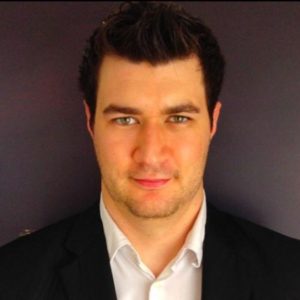 CEO Edmund Lowell of the Hong Kong-incorporated blockchain ID company SelfKey hosted an AMA on reddit last Thursday, “in line with our commitment to transparency.”

KEY tokens are currently trading for a fraction of what they debuted at on exchanges in January. One redditor asked why the company wasn’t focussing on having its tokens listed on more exchanges.

After mentioning “the current overall market downtrend,” Lowell stated that pushing tokens onto exchanges is not within its power and that SelfKey is rather focussing on building strong KYC-support partnerships with exchanges.

Given that SelfKey plans an sprawling program of “self-sovereign” identity management, redditor “Ganadworth” asked how the company will build and maintain the vast network of relationships with “…banks, utility companies, immigration authorities, hospitals, etc in many countries,” required for the viability of the SelfKey ecosystem.

“How does one eat an elephant?” Lowell asked. “One bite at a time!”

“We will go step by step, and be realistic to ensure that we concentrate our efforts on what is feasible according to the project phase and not waste time and resources. We must prioritize for speed, so going after markets which are ready to adopt our services is crucial.”

Lowell stated that SelfKey has already established partnerships with a network of notaries and translators. “Immigration services is a priority for us as is shown in our marketplace demo. Relying parties are also signed, and our app is built and being tested!”

Regarding competition in one of the hottest blockchain sectors currently:

“In the broad view, at this point I do not see Civic as a direct competitor. As a CEO of a blockchain identity startup once said to me: ‘We are both mosquitos at a nudist colony.’”

Lowell is confident about product strengths, “In my opinion our application is robust and utilitarian in ways that some competitors do not rise to the level of…Our application can potentially be used to verify identities and onboard onto any financial service that requires KYC, in the real world – today.”

“Our core team has been developing KYC and identity software since 2014. Since that time, we had a lot of clients for which we have powered their KYC. This includes deploying software capable of performing sanction screening, document scanning, OCR and Biometric Matching, company registry look up, automated processes based on risk scoring, audit trail through the blockchain, among other KYC tools. The software is capable of performing financial institution grade KYC – we worked with Standard Chartered Bank in its development.”

Civic and Self-Key also work sympatico at the Decentralized Identity Foundation, Lowell stated. “We will not achieve victory in this space through isolation – but rather the opposite, competitive co-operation.”

Addressing recent confusion in the token marketplace between Lowell’s token (KEY), and that of a company calling itself TheKey, (TKY), Lowell stated:

Although, “There don’t seem to be many public details on their proposition,” TheKey, “…seems to be developing a system that matches identity data provided by an individual with identity data stored in silo’d government databases…In my mind, this data silo approach is not a decentralized solution, and arguably does not need a blockchain or token. I think this is totally different from what we are building.”

In addition, “We are unsure how a Singapore-based project can secure long term agreements for use of tokens with Chinese governmental authorities that have publicly banned ICOs and tokens.”

Lowell answered other questions about privacy, technicalities, profit strategy, identity-microservices management and issues about transmitting ID info across borders in a legal and secure manner.

When asked whether the company would meet its target of an successful alpha test launch in Q1, a quarter set to expire in four days, Lowell responded;

“We are developing a complex and totally new product, without precedent…we think the development is going quite smoothly.”