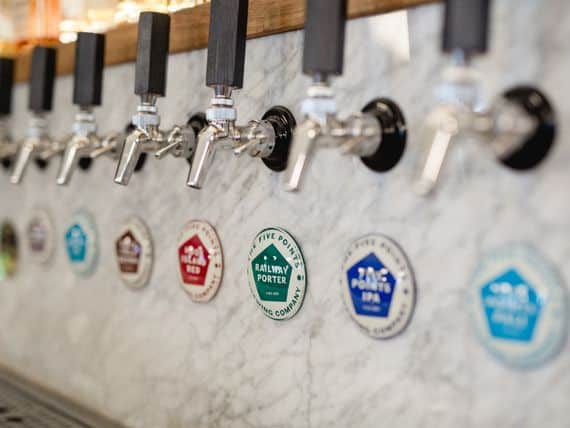 With its equity crowdfunding campaign set on Crowdcube to close later this week, UK-based Five Points Brewing Company has successfully secured more than £950,000 thanks to over 1350 investors. The funding round was launched last month and quickly secured its initial £750,000 funding target. 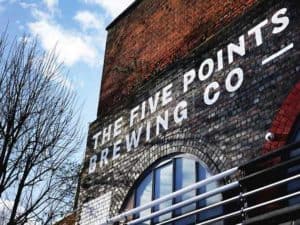 Founded in 2013, The Five Points Brewing Company claims itself to be one of London’s best known craft breweries. Its brewery was opened in East London with a mission to brew modern, flavorful, accessible beers with “integrity” and a commitment to the community. During the past five years, the brewery has grown from  £173,000 turnover in 2013 to £2.6million in 2017 (EBITDA -£180,000).

“With an unwavering focus on quality and consistency, our award-winning beers and distinctive, colourful branding have become a staple of taps and shelves across London and beyond. High profile collaborations like our partnership with Field Day music festival have helped build an engaged, thirsty fan base and annual sales of 2 million pints.”

The brewery also reported its plans for 2018, which are the following:

In regards to where the funds from the funding round will go, the brewery added:

“In late 2016, we made the decision to brew some of our beer at a family-owned brewery in Belgium to keep up with our growing demand. We want to bring all our production back here to Hackney, and we are turning to the community to enable us to continue to expand, treble the capacity of our brewery, and open our first taproom, The Pembury Tavern.”