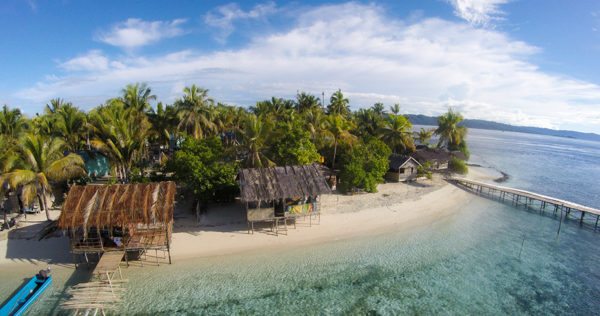 Barefoot Conservation is now seeking a £106,500 revenue loan through Crowd2Fund to scale up their conservation and community projects in Indonesia. The not-for-profit and NGO reported that conservation efforts in the area are timely, with 1.4 billion tonnes of rubbish being dumped globally per annum.

“The seeds of Barefoot Conservation were sown during founder Simon Barden’s travels when he decided to give something back to some of the more poverty-stricken communities he encountered along the way. After a career spanning over a decade working in the telecommunications industry, Barden then joined an NGO in Honduras.”

The funds from the Crowd2Fund will be used to purchase a new boat for Barefoot Conservation. The boat will be used to expand the climate change and manta ray research programs in central Raja Ampat. The funds will also be used to identify and establish a second basecamp location to serve volunteers. Barden then added:

“A second basecamp will allow us to take on even more customers, while also being able to help poorer communities and protect the marine ecosystem in another part of Indonesia.”

Barefoot Conservation added that investors of the campaign are set to receive an estimated 11% APR. So far, the campaign has raised more than £92,000 from over 300 investors.