Security token exchange VRBex announced on Wednesday it has appointed Chuck Ocheret as its new and first Chief Technology Officer (CTO). According to VRBex, Ocheret has 30 years of software engineering experience in the finance, multimedia, and science industries. His recent position was Chief Innovation Officer at NEX Optimisation, which he joined in August 2016. 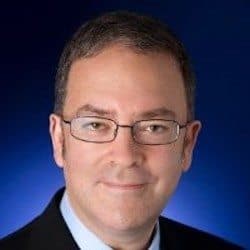 “Chuck is deeply knowledgeable about building end-to-end systems in a robust way to make sure people’s assets and digital wallets are secure. His experience with fintech companies and disruptive approaches, which requires tremendous interaction with regulators, will be a key contributor to the success of VRBex.”

“Building elegant, industrial-grade, secure, and high-performance systems is my business. At VRBex, we’re building systems from inception that will allow agility within this rapidly evolving technical, business, and regulatory environment. Trust is a big issue in financial services and is sorely needed in the cryptocurrency markets. We’ll provide that.”

VRBex reported that the appointment of Ocheret comes less than two weeks after the exchange launched a pre-sale ICO, which runs through June 18th and then the main sale begins on the same day and closes on July 23rd.