Just a couple of months after launching Coin Jar, UK fintech Monzo announced that users have saved more than £1 million by using the feature. The feature allows users to create a “pot” and calling it “Coin Jar”, the user can save small amounts of money automatically, every time they buy something with Monzo. 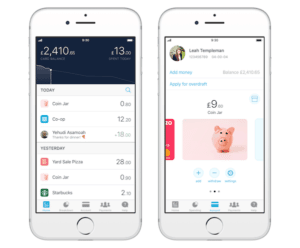 “Whenever you make a purchase that’s over £1, we’ll round up the amount to the nearest pound, and automatically add the difference to your coin jar. You’ll see an item in your transaction feed confirming how much money has been moved. To make sure round ups don’t bring your balance below zero or take you into your overdraft, we’ll only round up transactions you make when your balance is above £10.”

Monzo also reported that now when users use Coin Jar now, they see two transactions in their feed: one for the purchase they made, and one for the money Monzo rounded up and set aside. The company noted it wanted to improve the way users see these transactions, so they made everything clear and doesn’t clutter up the feed. The company added:

“We initially planned to do this in April and put it in the April Monthly Update. Unfortunately, it’s taking longer than we thought, as the solution we found needs us to do significant amounts of engineering work. So it’s definitely on our list, but for the time being we’ve decided to make other new features a priority instead.”