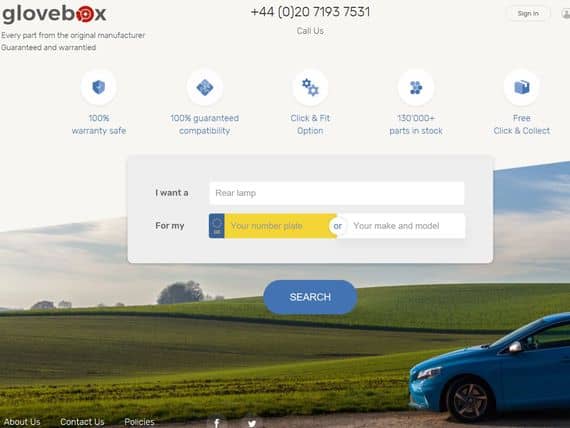 Less than two weeks after launching its latest equity crowdfunding campaign on Crowdcube, online automotive marketplace Glovebox Direct has secured its initial £300,000 funding target from just a little more than 100 investors. The funding round comes just six months after the company raised a total of £181,670 through its first Crowdcube campaign.

As previously reported, Glovebox Direct is the creation of three entrepreneurs who have worked at eBay and with some of the automotive sector’s major e-commerce players – including Mister Auto, The Parts Alliance, and Halfords –  as well as leading manufacturers such as BMW, Nissan, and Toyota. The company reports that it is focused on offering the largest online range, ease of use, and guaranteed 100% authentic products directly from the car and bike brands. At the time of Glovebox Direct’s first campaign, Graham Broughton, co-founder of Glovebox, stated:

“The sheer complexity of cataloguing millions of car parts has effectively acted as a barrier for the development of e-commerce in the auto space. We’ve spent 3000 hours of product development to create an easy to use platform that will make the cataloguing and management of car parts an easy extension of manufacturers’ own inventories. We also plan to offer click and collect and, uniquely, click and fit services in the future; something that really benefits dealers and also extends the benefit and value for manufacturers.”

Funds from the latest Crowdcube round will go towards the continuous development of its marketplace. The campaign is currently scheduled to close at the end of May.