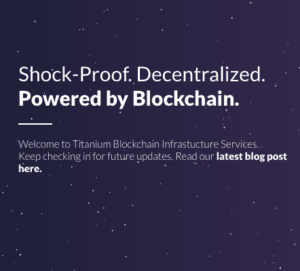 The Securities and Exchange Commission (SEC) has received a court approved emergency asset freeze and the appointment of a receiver for Titanium Blockchain Infrastructure Services (TBIS) pertaining to an initial coin offering (ICO). Between November 2017 through at least January 2018, the ICO succeeded in raising as much as  $21million in digital assets, such as Ether and Bitcoin, and cash from dozens of investors located in at least 18 states, and abroad,who purchased the BAR coin.

The alleged ICO fraud was concocted by Titanium President Michael Alan Stollery, aka Michael Stollaire, who promoted himself as a “blockchain evangelist. According to the SEC, Stollaire lied about relationships with big named corporate clients to help stir up interest in the ICO. Stollaire claimed relationships with PayPal, Boeing, the Walt Disney Company and more. He even apparently said he had a business relationship with the Federal Reserve. These companies became aware of Stollaire’s misuse of their logos and they demanded the references be removed. As late as May 21st, some references remained.

The ICO followed a well worn path of telling investors the crypto would soon be listed on a prominent exchange to help boost expectations of gains via trading.

According to the SEC, Stollaire received mentions in various publications such as Forbes that touted him as a “blockchain evangelist.”

Stollaire apparently commingled invested funds with some of his own using a portion of the gains to pay off credit cards and to pay bills for a condo in Hawaii.

Earlier today, Titanum tweeted they would be issuing a formal statement due to “rumor and speculation”;

I guess no announcement then #TBIS

Chatter on the TBIS Telegram feed included a good amount of discussion about how much investors lost.

“This ICO was based on a social media marketing blitz that allegedly deceived investors with purely fictional claims of business prospects,” stated Robert A. Cohen, Chief of the SEC Enforcement Division’s Cyber Unit.  “Having filed multiple cases involving allegedly fraudulent ICOs, we again encourage investors to be especially cautious when considering these as investments.” 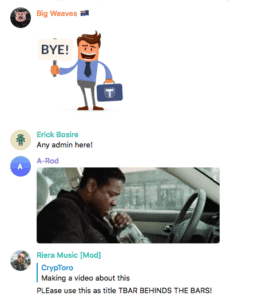 The SEC’s complaint was in the district court of Los Angeles on May 22nd. The SEC charges Stollaire and Titanium with violating the antifraud and registration provisions of the federal securities laws.

The complaint seeks preliminary and permanent injunctions, return of allegedly ill-gotten gains plus interest and penalties, and a bar against Stollaire to prohibit him from participating in offering digital securities in the future.

Following the court’s entry of a temporary restraining order against them, Stollaire and his companies consented to the entry of a preliminary injunction and the appointment of a permanent receiver over Titanium.