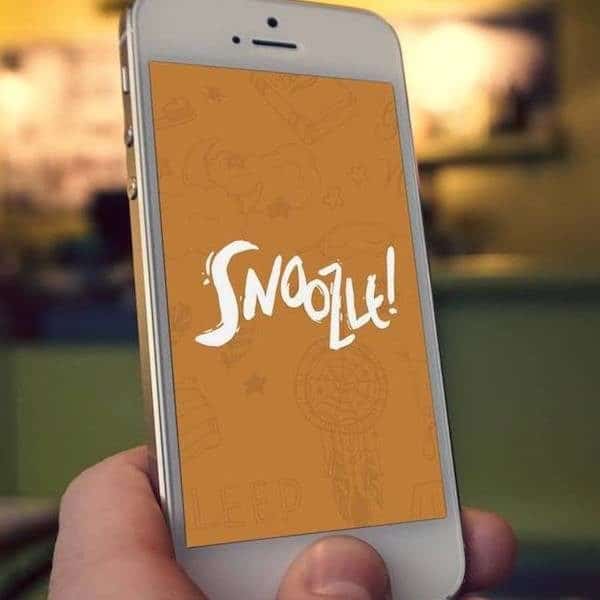 Just a few months after raising £134,952 through its equity crowdfunding campaign on Seedrs, mobile alarm app, Snoozle has officially launched for Android and iOS smartphones. As previously reported, the free app allows users to wake up every day to a refreshed audio news feed made up of messages from their friends, themselves and chosen social influencers.

“Snoozle is a fun new way to make the first minute of every day better, by changing the way you and your friends wake up. Create and share self-deleting voice notes with your friends that play only at the time they have set their own alarm. Download Snoozle and start using it today to give yourself – and your friends – the best possible start tomorrow, by waking up to banter not beeps.”

Snoozles is described as 12-second voice messages which, when sent to friends, will play at the time the recipient has set their alarm clock. Whether funny anecdotes, love notes or daily reminders, Snoozle personalizes how users wake-up. While sharing more details about the app’s development, Snoozle CEO, Phil Neale, stated:

“I wasn’t much of a morning person when it came to the awful alarm tone on my phone. I much preferred waking up to a happy and friendly voice, it set me up so well ahead of an important day. It became something I did ahead of every university exam and it really helped me to get a restful night’s sleep because it totally put my mind at ease.”

Neale went on to add:

“It was absolutely insane to see people really connecting with Snoozle. We knew that we were tapping into something that was interesting to people. The buzz about what we were creating helped us to attract our now technical co-founder, Warren Bickley, too who has been a real coup for Snoozle. Funders told us that they wanted a fun and innovative app that benefited their lifestyles and offered something a bit different. We’ve used that feedback in our development of Snoozle.”