When it comes to crypto / blockchain announcements, tiny Liechtenstein is on a roll this week.

Following the announcement of a new, regulated cryptocurrency exchange, Union Bank AG has announced it will issue its very own security tokens. This will be a first ever for a regulated bank. Additionally, being in Liechtenstein means they are part of the European Economic Area (EEA) thus they may be paving the way for other EU banks. Union Bank will be working with Verum Capital AG on this project, a blockchain boutique based in Switzerland. 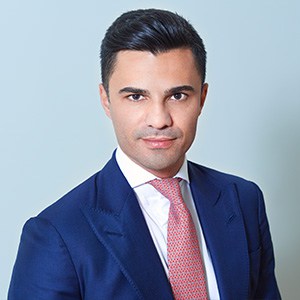 Union Bank Chairman of the Board M.H. Dastmaltchi said their goal is to become the worlds first blockchain investment bank. Thus reducing costs and boosting efficiency.

“As a fully licensed and regulated bank we are in a privileged position to combine all the advantages of traditional banking with the possibilities inherent in the blockchain technology. As such, our fiat-backed Union Bank Payment Coin has the potential to disrupt the approach to international trade and international cross-border transactions. With our initiative we are investing in the future and becoming the world’s preeminent blockchain investment bank,” said Dasmaltchi.

The Union Bank security tokens will soon be followed by a stable coin, a fiat back token – perhaps backed by CHF- that is expected to be used for payments.

Union Bank AG is a fully licensed and regulated bank based that is primarily offering corporate banking services to companies in Germany, Switzerland and Austria and the Middle East.

The bank states that it already supports initial coin offerings (ICOs) and clients by partnering with crypto-brokers and crypto-advisors to facilitate the cryptocurrency marketplace. Management believes they are well positioned to develop and implement cutting edge Fintech that will support their customer base.