Indiegogo was conceived as an investment platform but got a bit ahead of securities law so it started as a rewards platform. Today, Indiegogo now offers securities crowdfunding via a partnership with Microventures.  Last December, Indiegogo announced it was moving into the initial coin offering (ICO) space with regulated securities offerings. Today, via a report on CNBC, Indiegogo is listing a new security token offering (STO) the previously announced Aspen Digital offering.

As CI reported earlier this month, Templum Markets is now offering Aspen Coins – a tokenized security by Aspen Digital. Each token represents a single share of common stock in the St. Regis Aspen Resort offered under Reg D 506c securities exemption. Templum Markets described the Aspen STO as the first of its kind. 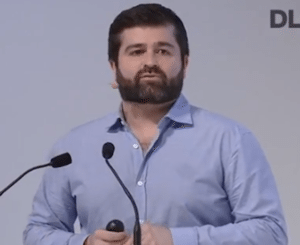 “We have been working on our blockchain offering for a while now. It really goes back to our original vision where we wanted to democratize access to capital and bring investment all kinds of people around America and the world.”

Rubin expects continued growth in the security token sector just as many other industry participants believe.

As CI reviewed last week, an ICO is a generic term for issuing a digital asset on the blockchain. Security tokens are a subset of ICOs but are traditional securities, such as debt or equity, offered on blockchain – thus streamlining the issuance and management of the security.

Indiegogo has been in the investment crowdfunding sector for quite some time. This is just part of the evolution of online capital formation. 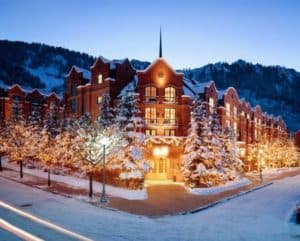 Rubin noted that Aspen Coins will only be offered to accredited investors under Reg D 506c – currently a requirement of the exemption. But the definition of accredited investors is expected to change at some point in the coming months as legislation has been introduced into Congress to update the rule for sophisticated individuals that may not have a sizable bank account.

Regardless, Indiegogo is not the first investment crowdfunding platform to offer security tokens and you may expect this entire sector of finance to add this feature to their portfolio of services to remain competitive and adapt to the changing environment of online capital formation. The incorporation of “distributed ledger technology,” IE blockchain, is a global phenomena for the securities industry.