European financial group Nordea announced on Friday the launch of its open banking services in Sweden. According to the company, the open banking launch gives developers the possibility to begin building applications designed for both Finnish and Swedish customers. 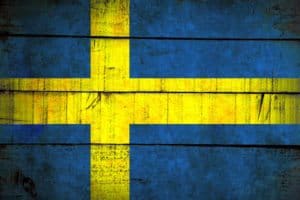 Nordea reportedly launched the Open Banking platform at the end of last year after Finnish customer data was made available to third-party developers. The group was considered one of the first banks in Europe to see the potential opportunities offered by Payment Services Directive (PSD2) regulations which require banks to open up to third parties to offer services to account holders. Since launching more than 2500 developers have registered to test Nordea’s APIs on the platform. Erik Zingmark, Head of Transaction Banking at Nordea, stated:

“Since going live with Open Banking, we’ve received an overwhelming response from interested developers. This is an exciting expansion and gives us the possibility of inviting third parties targeting Swedish consumers to use our Open Banking service.”

Speaking about the launch in Sweden, Zingmark revealed that by moving forward with the country, Nordea is maintaining its position as a frontrunner in Open Banking and is claimed to be the first bank to open up two countries in the Nordics on this scale. Nordea also confirmed that by extending the Opening Banking services into Sweden it gives developers the possibility to begin building applications designed for both Finnish and Swedish customers. Casper von Koskull, CEO of Nordea, added:

“We know that co-creation with third parties will be essential to innovation and that’s why we’ve opened our APIs to everyone, even our competitors. We’re combining our extensive knowledge and resources with the agility of developers to drive innovation.”