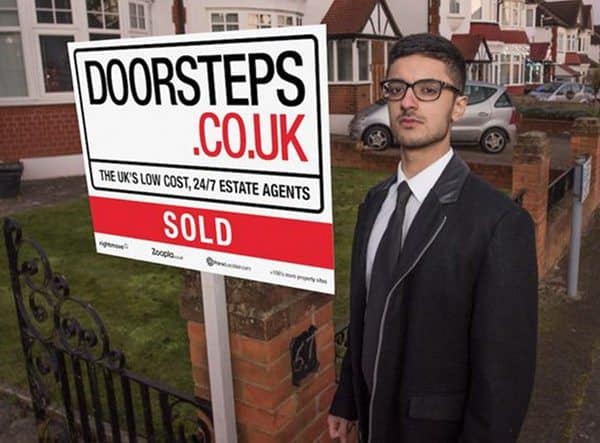 Just a little over a year after securing more than £500,000 through its first Crowdcube campaign, UK-based real estate agency Doorsteps has returned the equity crowdfunding platform and has already surpassed its initial £400,000 and now nearing £585,000 thanks to more than 150 investors.

As previously reported, Doorsteps was founded by Akshay Ruparelia, who notably has started and exited two online businesses. The company reports that during its first year it grew to become the 41st largest real estate agent in the U.K., with the number of customers joining has tripled each quarter since fourth quarter 2016, and revenues growing more than ten-fold in five months. Doorsteps stated its main goal is to be the biggest estate agency in Britain.

“We want to be the ‘go-to’ place to sell your home, with a blend of real-life agents and technology to offer fixed, fair pricing.”

Doorsteps noted that it charges from £99 to sell a property, and claims it has saved customers an estimated £4 million in fees so far. The agency also explained it is currently listing more than 2000 properties and ranked the 10th largest estate agent in only 18 months.

In regards to what the funds from the latest Crowdcube round will be used for, the Doorsteps team added:

“We’ll use funds raised to hire key personnel to provide higher value services and cope with current levels of demand. We are aiming for a 1.9% share of the UK market this year. This, together with the extra higher margin services, we aim to double the Average Revenue Per Customer.”

The campaign is set to close at the end of October.