The UK Peer to Peer Finance Association (P2PFA) has published their second quarter 2018 numbers from member platforms.  According to their data, the peer-to-peer lending industry contributed more than £1 billion to the UK economy during Q2.

New lending to businesses by members of the P2PFA grew by almost £100 million versus the same quarter last year, reaching nearly £750 million in the second quarter of 2018.

Total net lending (total lending minus repayments) flow to small and medium-sized businesses (SMEs) over the same period (£191 million) exceeded the combined net lending of the major high street banks by £60 million (£130 million), according to the P2PFA. 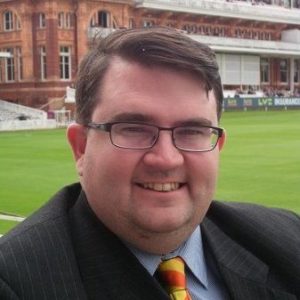 Robert Pettigrew, Director of the P2PFA, said that in the last quarter more than 150,000 investors (including retail investors) facilitated over £1 billion of new lending with nearly three quarters going to UK businesses.

“This growth in the level of peer-to-peer lending underlines the significant impact the sector continues to make to the real economy,” said Pettigrew. “It is clear that peer-to-peer lending is increasingly viewed as an important source of finance by consumers and businesses alike. These quarterly lending statistics demonstrate that peer-to-peer continues to increase choice and competition across the board – helping to consolidate the sector’s place in the financial services market.”

This most recent report comes on the eve of the initial public offering (IPO) of Funding Circle – the largest UK based SME P2P lender and the largest P2P lender overall. Funding Circle is expected to trade on the LSE the first week of October with a valuation of around £1.8 billion representing a coming of age for this sector of UK Fintech.

The P2PFA notes that SMEs make up approximately half of the UK’s turnover and half of all employment, yet this sector continues to face difficulties accessing finance through traditional channels.

The Association states that after the vote to leave the European Union in 2016, net lending by the banks to small businesses fell significantly, turning negative in the last quarter of 2017 (-£74 million). At the same time, the number of small businesses has continued to grow year-on-year, and this recent data highlights the role peer-to-peer lending has played in underpinning their growth.

Aggregate levels of peer-to-peer lending by P2PFA platforms during the four quarters leading to Q2 2018: