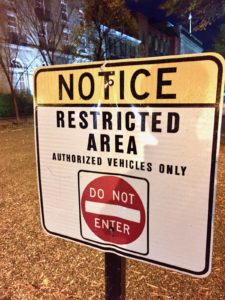 The Securities and Exchange Commission (SEC) has issued an order to suspend trading in shares of American Retail Group, Inc. which trade on OTC Markets (OTC:ARGB). Trading was said to be halted due to “statements about partnering with a claimed SEC-qualified custodian for use with cryptocurrency transactions and a purportedly registered public offering of preferred stock.”

Also known as Simex, Inc., the SEC states that Nevada based American Retail Group claimed that cryptocurrency transactions would be “under SEC Regulations,” and that the company was conducting a token offering that was “officially registered in accordance [with] SEC requirements.”

“The SEC does not endorse or qualify custodians for cryptocurrency, and investors should use vigilance when considering an investment in an initial coin offering.”

Under the federal securities laws, the SEC can suspend trading in a stock for 10 days and generally prohibit a broker-dealer from soliciting investors to buy or sell the stock again until certain reporting requirements are met.

In August of 2018, Simex announced the beginning of the public offering of its convertible preferred shares in the amount of 10 million shares.  The company said the raised funds were to be used “towards increasing the liquidity of the cryptocurrency and digital assets exchange platform which is also developing the technology of trading in “one account” mode, marketing and further development of the platform.” The company said it was working with Prime Trust in the transaction.

SMX Token was described as allowing users to “reduce the commissions when trading on the SIMEX Exchange.”  The offer was expect to last until March 1st, 2019 or until the shares are fully sold out.

Simex Exchange is currently ranked as #24th in trading volume by CoinMarketCap.