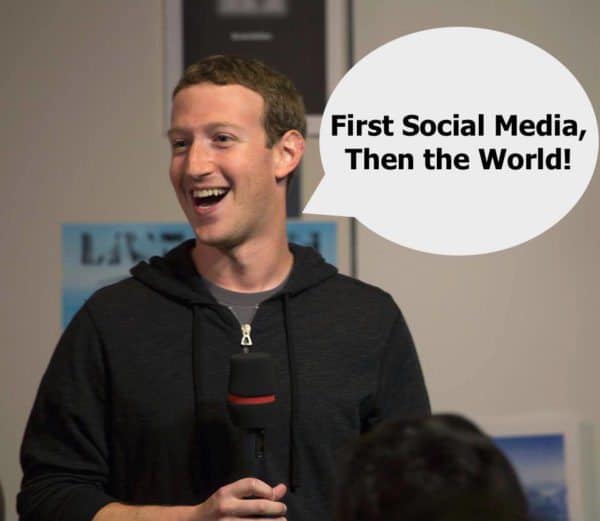 Crowdfund Insider reported earlier today that more rumblings on Facebook’s entrant into the cryptocurrency sector have emerged. In a WSJ report, it was disclosed that Facebook is expected to issue its own crypto dubbed FBCoin. The digital currency, most likely a stablecoin pegged to fiat, will be used for e-commerce transactions – and, perhaps, remuneration for platform users to encourage them to accomplish certain tasks or share data.

CI has just received several comments on the Facebook news – some positive, others not so much.

Jake Yocom-Piatt, co-founder and project lead of Decred, a community-directed digital currency designed to be a superior store of value, hammered the thought that Facebook would go crypto:

“Facebook is the antithesis of what cryptocurrency stands for: decentralization, privacy, and security.  It’s a corporate entity with centralized control that’s under scrutiny for egregious breaches of privacy and security. Now they’re looking to intrude even more into their users’ lives. If you thought Facebook knew too much about you before, this will only make it worse.”

Demetrious Skalkotos, global head of Ledger Vault, a cryptosecurity management system, cautioned on the need for cybersecurity – not something Facebook is known for:

Ajeet Khurana, CEO of Zebpay, a crypto exchange that offers, zero-fee trading, saw the news as positive for the crypto industry:

“Facebook’s crypto ambitions are yet another validation of the blockchain and crypto ecosystem, which has seen a tremendous uptick in institutional enthusiasm at the beginning of 2019, from JP Morgan Coin to Jaguar’s IOTA scheme to everything in-between. To those of us in the space, it has been obvious that crypto and tokenization is the future. It’s great to see our conviction getting validated every day.”

“I’m excited by the prospect of Facebook bringing its user base into the world of programmable money. It legitimizes our industry to a more mainstream audience, which is good news for crypto-native products like ours. However, I’m skeptical Facebook can create something truly decentralized, permissionless, or private—these goals contradict their recent actions as a centralized corporation that monetizes data. A centralized payment solution dressed up as cryptocurrency could be damaging to those of us trying to embrace what makes these open protocols so novel from a governance standpoint.”

While much of this is speculation on Facebook’s digital asset aspirations, the recent news indicates a public announcement by Facebook should be coming sometime soon.