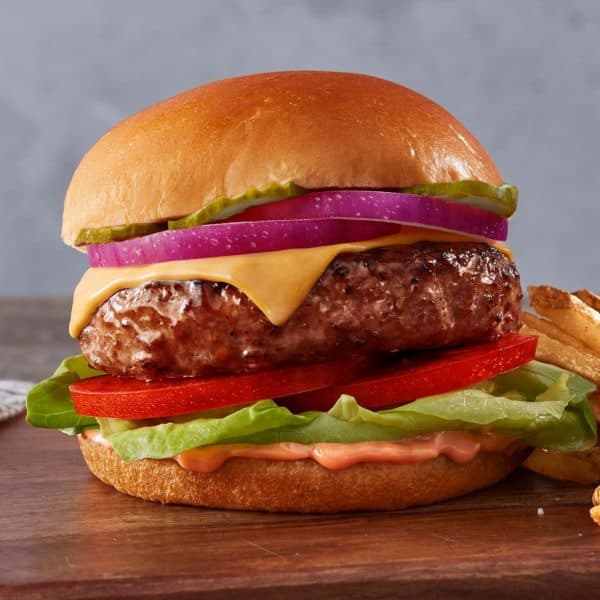 Beyond Meat (NASDAQ:BYND) completed an initial public offering (IPO) in May raising $240 million at a valuation of about $1.5 billion. The unicorn has since bucked the recent IPO trend – rocketing quite a bit higher. As of today, Beyond Meat is trading at over $100 a share representing a 4X increase in valuation in a bit over a month.

Today’s boost is being driven in part by a shift in market psychology as the main indexes push higher. But Beyond Meat is also benefiting from a report in WSJ.com, that Beyond Meat, and other meat substitute firms – cannot keep up with consumer demand.

As fast food chains like Burger King, White Castle and more capitalize on consumer interest in the meat alternative producer demand has apparently outstripped supply. The report states that 15% of US restaurants offered meat substitutes in March. That percentage is marching higher.

While Beyond Meat management must be pleased with the success, so far, of the young firm. But another group is pleased, early investors, such as crowdfunding platform OurCrowd, seems to have hit this one out of the park. Most likely, due to standard lock-up requirements, OurCrowd still holds their shares.

As Crowdfund Insider reported in May, Beyond Meats success is emblematic of what the crowdfunding platform is striving to achieve:

“With all of this enthusiasm with IPOs, which is certainly well placed with companies like Beyond [Meat] and Uber, the problem is that most of the people making the most money is a very small circle … and those are the guys that really make the bucks. And the rest of the people get to join at the IPO. What we are doing at OurCrowd is essentially trying to get them access to these deals as early as possible … before they go public.”

While a day in the markets does not make a company it is hard to argue that most early investors in Beyond Meat must be pretty happy.