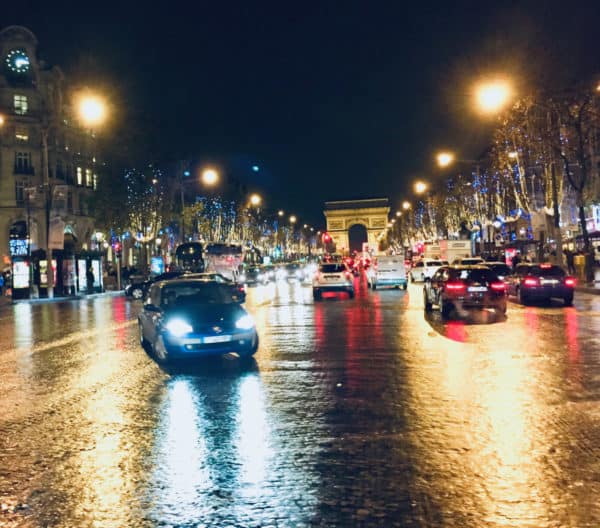 France is a country that is seeking to position itself as a jurisdiction of preference when it comes to blockchain technology and the issuance of digital assets. Blockchain innovation has been aided by vocal government support and new legislation signed into law that allows for digital assets which are not regulated as securities or currency. The Loi Pacte (or Pacte Law) is unique in Europe as it provides bespoke rules for crypto issuance and trading in a major European economy.

The Autorité des Marchés Financiers (AFM), the French securities regulator, has prepared a portion of their website explaining the new framework for initial coin offerings (ICOs). This “new regime” for crypto assets in France gives issuers the option to apply for a “visa” to pursue an offering. Issuers must meet the following requirements:

If the AMF approves of the application the issuer receives a visa. If an issuer does not have a visa, they may still pursue an ICO without regulatory approval. The one caveat is that issuers without a visa may not promote the ICO.

Regarding “digital asset service providers” (PSAN), such as crypto exchanges, these entities may receive an “optional” license from the AMF as well.

For purchasers of these digital assets, it is buyer beware. The AMF has published an explanatory page of what an investor should know. A white list (still empty) is posted on the AMF site to indicate which ICO issuers have been approved and received a visa.

It is arguable that France has created one of the most permissive regimes for the issuance and trading of digital assets which are not deemed to be securities.

At the end of 2018, Blockchain.io completed an ICO raising an undisclosed sum of funding. Blockchain.io (not to be misconstrued with Blockchain.com) is a centralized crypto exchange that was created by Bitcoin to Fiat platform Paymium. While completing the ICO prior to the Loi Pacte, Blockchain.io is a fan of the French approach. According to their website:

“We are great supporters of the regulatory initiatives taken by the French government and the AMF, whom we meet with frequently. Appropriate regulations will attract greater institutional investments into the ecosystem. Our ICO services also target institutions and large corporations that are asked to be compliant under regulations. We have actively participated to many Blockchain Forums addressing regulation. Our goal is to become a trusted trading hub in Europe and beyond.”

Blockchain.io/Paymium is not without its detractors. Paymium, which has been around since 2011, was the target of a hack back in 2013. But the platform is quick to note that they have been hack free ever since. And Blockchain.com is not too pleased with the name of Blockchain.io, as one may imagine. But beyond all of that, Blockchain.io, crypto to crypto exchange, and Paymium, a fiat on-ramp, is looking to build a primary issuance and digital asset trading platform that leads in Europe.

Blockchain.io caught our attention due to the involvement of boutique investment bank Avolta Partners. Avolta has been vocal in promoting a self-regulatory environment for ICOs, seeing digital assets as a unique opportunity to boost continental innovation and entrepreneurship. Avolta has been an advisor on both traditional and crypto offerings. 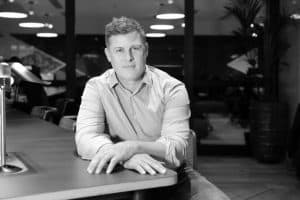 Crowdfund Insider recently spoke with Avolta Senior Partner Philippe Dardier, a long-time supporter of online capital formation and founding member of the European Crowdfunding Network (ECN). Avolta advised Blockchain.io on its ICO so we asked Dardier what type of support did they provide:

“The guidance provided by Avolta Partners, Europe’s premier tech M&A and fundraising shop, ranged from : helping assess and engaging the investors , funds, Whales, family offices …; regulatory recommendations to ensure the ICO is compliant with the geographies where the ICO was marketed on a global level; recommending new advisors (in Asia, Estonia, UK, etc …); assistance in the planning of the marketing campaign; contributing to the white paper; and finally day to day guidance with investors and member of the crypto ecosystem as well the newcomers from the old Fiat finance world,” explained Dardier

He said that  Blockchain.io completed the ICO and considered it a significant success with over 8 000 investors ranging from funds to individuals in over 100 countries. “Blockchain.io does not wish to communicate on its numbers,” Dardier shared.

The context and the ICO must be put into perspective, he explained, as this is one of the few successful ICOs over the course of the last six months of 2018.

Dardier said the Entrepreneur/founder, Pierre Noizat, is one of the finest cryptographers in Europe. Noizat launched the first continuous crypto to fiat gateway s in Europe in 2011.

“The reception by the community was good due to the brand awareness of Blockchain.io,” Dardier said.

Given that France has enacted rules to encourage digital asset offerings. we asked Dardier to share his opinion as to how he sees the market evolving.

“The underlying tone of the government and French authorities towards business and the Blockchain technologies has been extremely positive, over the last two years,” Dardier stated. “The government and members of parliament have been pushing forward interesting legal frameworks, initiatives (such as those started by the CDC -Caisse des Depots et Consignations– the French Sovereign fund) and are encouraging regulators to tackle the topic in a business-friendly mode.”

Dardier pointe to the fact that French President Macron, while Minister of Finance in 2015, passed legislation to enable crowdfunded securities to be settled and registered on a decentralized Blockchain, so the topic is enthusiastically followed at the highest level.

Asked about the challenge to remain compliant within jurisdictions outside France and Dardier said that European countries both inside and outside the EU are moving forward with creative new approaches for security tokens and digital assets in general. Switzerland is, of course, top of mind:

Tokenisation seems to be catching on across Europe for underlying assets in Real estate and other securities. Blockchain.io is one of the premier actors in this space to both list trade and advise in the crypto asset world, he explained.

So is Avolta receiving much interest from non-French issuers? And what about issuers from outside the EU?

“At this stage, the market is a little quieter than in 2018, and that’s putting it euphemistically,” admitted Dardier. “EU countries are putting a determined effort into harmonizing rules and communicating amongst each other to ensure a more representative pan EU legislation is in Place. At the outset of the June European elections, the new sitting parliament will in all probability enact legislation or parts of it. The EU commission is extremely positive on ICO’s and other countries in the EU especially France, Malta, and the Baltics [which] are embracing this quickly.”

The slower issuance environment could also be due to the new FAFT rules that are now in place. Rules that impact “virtual asset service providers,” that France will certainly support.

So will the EU match the French rules? Can we expect harmonization based on the French ecosystem?

“As usual in the EU you will have national actors (there are 27 member countries) each promoting their view and the EU commission providing a variety of proposals which will then lead to a common EU legislation on the topic. It’s still early days, Blockchain.io has been very frequently consulted due to its long experience in this space and its robust and tested technology, on all these topics by the French regulators and government.”