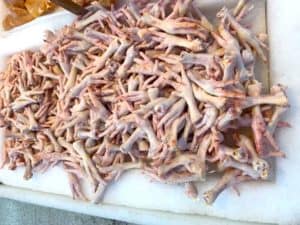 At least three companies that threw their support behind Facebook’s bid to create a global cryptocurrency network within its apps are considering leaving the Libra Association as regulators level on the project, Financial Times reports.

The disquieted companies are not named, but some reportedly fear that participation in the association could attract scrutiny to their own operations.

Facebook, which hoped to make the Libra network available to its 2.4 billion users in 2020, faced an apparently unexpected hostile reception from global regulators when the company publicly confirmed the venture June 18.

Regulators from Europe, China, Australia, Japan and the US have expressed concerns about the network’s potential to upset global financial systems and subvert illicit finance controls.

Libra CEO David Marcus seemed poorly-prepared when he testified before the House Financial Services Committee and the Senate Banking Committee on the company’s plans for Libra after being asked to do so.

During those hearings, Marcus claimed that he expected the Swiss Federal Data Protection and Information Commissioner (FDPIC) to regulate financial privacy on Libra.

The (FDPIC) later said it had never heard from Facebook, and according to another recent report, still hasn’t heard from them.

A delegation of US lawmakers, led by House Financial Services Committee Chair Maxine Waters, went to Switzerland this week, apparently to discuss Libra.

Libra is registered in Switzerland, a country known for its active courting of the crypto sector. Many so-called “decentralized cryptocurrency foundations” are domiciled in Zug, Switzerland, in an area dubbed “the crypto valley.”