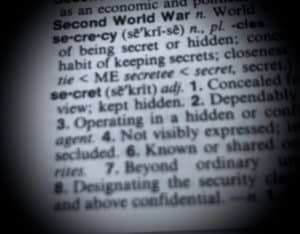 The vice-president of the Financial Integrity Network, a strategic advisory firm to governments, global and regional banks and other institutions, has advised that all entities in the cryptocurrency production and distribution chain be brought under the auspices of the Bank Secrecy Act.

According to Search Financial Security, “The Bank Secrecy Act (BSA), also known as the Currency and Foreign Transactions Reporting Act, is legislation passed by the United States Congress in 1970 that requires U.S. financial institutions to collaborate with the U.S. government in cases of suspected money laundering and fraud.”

Under current rules, crypto exchanges and custodians are classed as money services businesses under the BSA, but crypto miners and token issuers are exempted.

David Murray made the recommendation in testimony he gave September 3rd before a subcommittee of the US Senate Committee on Banking, Housing and Urban Affairs in a session convened to address “Human Trafficking and its Intersection with the Financial System.”

Murray told the subcommittee that:

“Virtual assets…have proved vulnerable to criminal exploitation…because they offer rapid and irrevocable settlement and the potential for anonymity…(and) there is no entity performing a governance function and controlling admission to the payment system.”

He cited a study that found that Bitcoin transactions, “are on a pace to top $1 billion this year,” and said ensuring that cryptocurrencies and tokens do not figure even more into illicit finance, “will become even more important as virtual assets become more credible challengers to existing consumer payment tools.”

Murray said human trafficking is “highly profitable,” and has been generating $150.2 billion in annual profits since 2014, according to the International Labour Organization.

75% of human trafficking involves sexual exploitation, he said, and, “Developed economies are the most profitable for human traffickers, with criminal organizations earning more than $34,000 annually in profit from each victim in North America.”

Whereas drug trafficking in the US is primarily a cash business, “Human traffickers may receive money from buyers either in cash or through electronic means…”

“Traffickers also are now turning to payment tools that allow them to remain anonymous, such as prepaid cards and cryptocurrencies, for purchases of advertisements and websites.”

Because of the complexity of human trafficking businesses, there can be many “touchpoints” where red flags might be detected by firms and law enforcement, Murray said:

“The predominant business model for human trafficking therefore requires human trafficking organizations to manage three primary funds flows in the United States: money for logistics such as transportation and lodging, money paid by purchasers of sex to low-level operatives, and money transferred from low-level operatives to the larger organization.”

Small transaction sums are helping keep human trafficking under the radar, he noted:

Anonymous companies are shielding high-level human traffickers from detection and are helping drag out investigations:

“At higher levels of human trafficking organizations, criminal organizations employ sophisticated money laundering techniques to evade detection, including by exploiting anonymous shell companies to conceal their activities. As a result, investigations can be lengthy.”

It is likely that many Bitcoin validators, say, would disagree with this on principle. As well, compelling miners to do this across the board could prove difficult.

He also suggested those same weaknesses that enable traffickers have other security implications:

“We can better protect our financial system by banning anonymous companies, strengthening cryptocurrency regulation, and improving transparency of retail and other consumer payments.”