Revolut, a UK-based digital bank and Fintech unicorn, will be hiring around 3500 new staff members, as the company expands its operations into 24 new markets.

Established in July 2015, Revolut’s platform now has more than 8 million customers. The company’s platform currently supports spending and ATM withdrawals in 120 different currencies. Transfers can be made in 26 currencies directly from Revolut’s mobile app.

Revolut’s partnership with Visa extends an existing agreement between the two companies that will see Revolut expand its operations into Brazil, Japan, Russia, and the US by the end of  2019. Revolut currently serves customers based in Europe and Australia.

The company’s management is also planning to enter the Latin American and Asian markets next year. 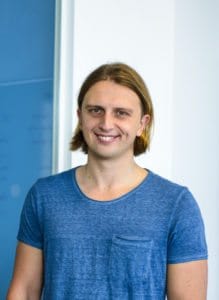 The company’s expansion into new markets will be subject to obtaining regulatory approvals.

As part of the deal, at least 75% of all Revolut cards will carry Visa branding instead of Mastercard and other competitors.

Storonsky said that Revolut’s global expansion could potentially double or triple the company’s customer base.

He also mentioned that Revolut’s average client keeps around €1000 in their account, giving a total deposit balance of approximately €8 billion. This amount is relatively small when compared to the trillions in deposits held by large financial institutions such as HSBC and JPMorgan.