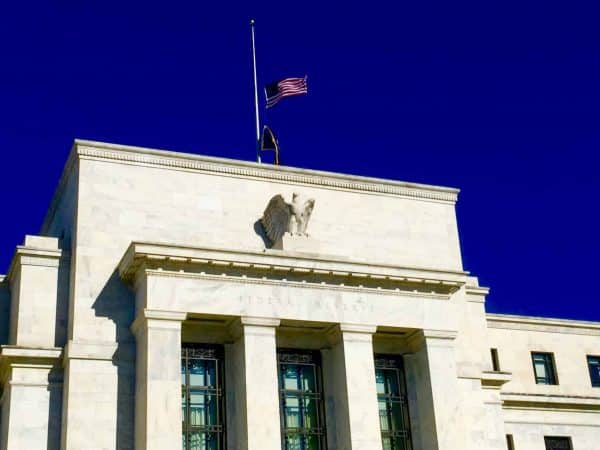 Banking advisors to the US Federal Reserve have warned that Facebook’s proposed private currency network, Libra, will disrupt conventional banking and could function as a “shadow banking” system if not properly regulated.

They also warned that, “In extremis, alternative currencies could usurp the prudential authority of states to manage their economies and markets.”

Bankers on the Federal Advisory Council and Board of Governors made the warnings in early September, and stated that the size of Facebook’s current network implies Libra will be impactful:

“Around 52% of, or 170 million, U.S. citizens were considered active Facebook users in 2018. Facebook is potentially creating digital monetary ecosystem outside of sanctioned financial markets – or ‘shadow banking’ system.”

Those statements echo similar ones made by Bank of England Governor Mark Carney, who warned in June that Libra, “would instantly become systemic and will have to be subject to the highest standards of regulation.”

At the meeting, the advisors considered the virtues of “stablecoins” like Libra, but ultimately concluded their practical function is limited:

“In the end, it is currently unclear what problem stablecoins are trying to solve beyond functioning as a bridge between one fiat currency and another (or basket of others).”

Stablecoins (crypto tokens designed not to fluctuate in value) were invented to provide liquidity in cryptocurrency trading markets as banks began narrowing service levels to crypto businesses over espoused concerns about fund origins.

Many early crypto startup founders are libertarians who did not conduct meaningful KYC/AML monitoring of the funds they processed into and out of cryptocurrencies, especially in the early days.

The most famous stablecoin company is Tether, producer of “USDT” (tethers), a stablecoin pegged one-to-one to the US dollar and partially backed by real-world USD held in reserve.

Over $4 billion USD in tethers have been issued by the company, and their use in cryptocurrency trading has been linked to market manipulation.

Stablecoins have exhibited utility in crypto, but the advisors to the Fed see no particular convenience for average people looking for a viable money-transmission system- though they do see a set of fees that could be collected by providers:

“It is by no means certain that an alternative currency would achieve the stated goal of being low-cost and stable medium of exchange. The need to convert fiat to stable coin through exchanges may make it no less expensive, more accessible, or faster for consumers. Users would effectively be converting domestic transactions into ‘cross border,’ adding translation costs through ‘authorized dealers’ as well as adding exchange-rate risk.”

They also claimed that there is no extraordinary need or demand for stablecoins in regular finance:

“Ecosystems for stablecoins exhibit similarities to those used for prepaid cards or other payment products, but stablecoins seem to have limited utility as high-volume domestic payment method. While having an instantaneous, cross-border option on a platform could be useful, many alternatives for international payments already exist today.”

The bankers appeared to believe, however, that prospects for Libra are more compelling. They said it is likely that Libra would compete with banks for customer deposits and other banking business:

“Some Council members have suggested that, as consumers adopt Libra, more deposits could migrate onto the platform, effectively reducing liquidity, and that disintermediation may further expand into loan and investment services.”

The system could also compete for payments business (cross-border and local); could reduce use of bank accounts for everyday purchases; could reduce customer contact with banks, “causing some customers to leave the banking system altogether;” could require banks to raise interest rates on savings accounts to retain customers; and might cause banks to have to modify their business models around privacy.

But the banking advisors to the US Fed say implementation of both has posed problems for the Chinese government:

“If alternative currencies are widely adopted, one could envision scenario similar to the development of Alipay and WeChat Pay in China, wherein the utilization of closed-loop systems limits monetary authority and financial institution visibility into transaction activity. This lack of authority and visibility eventually led the People’s Bank of China to implement (1) regulations on clearing, for transparency purposes, and (2) capital requirements for balances.” 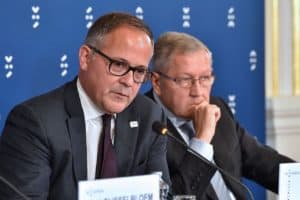 The record of the September meeting includes a quote from Benoit Coeure, member of the Executive Board of the European Central Bank who said:

“It is out of the question to allow (Facebook) to develop in a regulatory void for their financial service activities, because it’s just too dangerous…We have to move more quickly than we’ve been able to do up until now.”

The advisors to the Fed concluded by proposing creation of a, “dynamic regulatory framework, likely global in nature…designed to safeguard consumers and governments and preserve the integrity of the global financial system.”