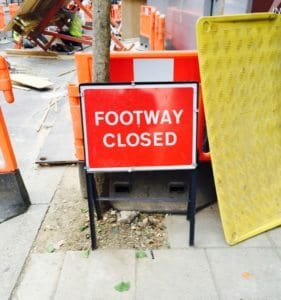 The United Kingdom’s largest remaining payday loan company will be shutting down its operations, despite thousands of complaints regarding its lending procedures still unresolved.

Chris Laverty, Trevor OSullivan and Andrew Charters of Grant Thornton were appointed as joint administrators of QuickQuid on 25 October 2019, according to a post on the company’s home page. The company traded at Casheuronetuk.co.uk, Quickquid.co.uk, Onstride.co.uk, and Poundstopocket.co.uk in the UK.

All outstanding loans remain subject to the terms agreed and customers should continue to make payments in the usual way, stated the company.

Administrators are expeced to work closely with the Financial Conduct Authority.  The FCA posted an announcement on its website announcing that the company has gone into administration.

Notably, QuickQuid is the latest company providing short-term, high-interest loans to shut down due to stricter regulations.

QuickQuid has been the UK’s largest payday loans provider for the last few years. The company was bigger than major local lending firm Wonga even before the latter closed down in August 2018. The Money Shop, another UK lender, also shut down earlier this year.

Kenneth Barker said he took out 11 different loans during a one-year period while working as a bartender in Essex in 2012.

“The initial one was for £100. I paid back £160, but then needed a £150 loan to tide me over for the next month. It gradually worsened. To be honest, I knew what I was getting myself into, but sometimes you don’t have any other choice.”

Barker filed a complaint nine months back, noting that he was issued unaffordable loans, and was given £50 in compensation by the firm.

“I then went to the financial ombudsman. That was accepted and I was offered £2,000. I was told I’d get it within 28 days. I’m hoping I will still get that money. I have no idea how this is going to proceed or whether I will receive this money.”

Although he had to wait before receiving compensation, he acknowledged that he was pleased that a lender such as QuickQuid would be shutting down operations.

QuickQuid is a brand associated with CashEuroNet UK, which also operates On Stride, a longer-term provider of large loans that was previously called Pounds to Pocket.

“Over the past several months, we worked with our UK regulator to agree upon a sustainable solution to the elevated complaints to the UK Financial Ombudsman, which would enable us to continue providing access to credit.”

“While we are disappointed that we could not ultimately find a path forward, the decision to exit the UK market is the right one for Enova and our shareholders.”

New rules introduced in five years ago have placed strict limits on the interest rates and fees payday lenders may charge clients. There’s also been a large number of complaints from customers, noting that they were mis-sold loans they were unable to pay back.

QuickQuid is reportedly facing around 10,000 outstanding complaints from customers.

The company might be closing down, however, its loans are still valid.

“While you may be tempted to stop your repayments, it is crucial to keep to your regular schedule, because if you have entered into a loan agreement you must fulfil it. If you miss any repayments you could be hit by fees and additional charges, and it could also harm your credit rating.”