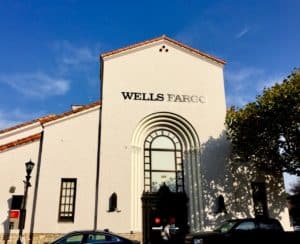 San Francisco-based Wells Fargo, the fourth-largest bank in the US by total assets, and Dutch banking giant ING led a $19.3 million round in Chicago-based Regtech firm Ascent

Established in 2015, Ascent’s clients include the Commonwealth Bank of Australia, Bremer Bank, Wells Fargo, and ING.

Ascent’s management noted that US-based venture capital firm Drive Capital and the University of Chicago also took part in its Series B investment round. The company says it will use the capital raised to recruit new talent, enhance its existing products, and increase brand awareness.

Ascent’s latest investment round has come after it raised $6 million via a Series A round in 2018. The company’s founder Brian Clark, a former capital markets regulator, “witnessed first-hand how under-regulation spurred risk-taking and lax compliance practices that helped inflate the bubble, leading to the 2008 global financial meltdown.”

“As the regulatory environment becomes increasingly demanding, so is the pressure on firms to remain compliant. In order to keep up with this ever-changing landscape and help relieve the mounting strain on resources, the financial services sector is continuously looking for more automated, intelligent and cost-effective ways to manage compliance.”

“ING is keen to support innovative and visionary firms, such as Ascent, which will play an essential role in shaping the industry’s future.”

“The ‘RegTech boom’ of the past few years is evidence of the pressing need for innovation in not only financial services, but in every regulated industry. We’re proud to support the Ascent team as they enhance their solutions and continue pioneering in an industry hungry for progress.”

In October 2019, Ascent revealed that UK’s regulatory authorities, including the Financial Conduct Authority (FCA) and Prudential Regulation Authority (PRA) were available on the company’s platform.

At present, Ascent is carrying out pilot testing with the Global Financial Innovation Network (GFIN). The pilot involves “analyzing the similarities and differences of a firm’s obligations across jurisdictions,” the release noted.

Ascent’s Chicago-based support team has been growing steadily. The company offers services to large financial institutions throughout the world, including in the US, UK, Australia, and Asia.