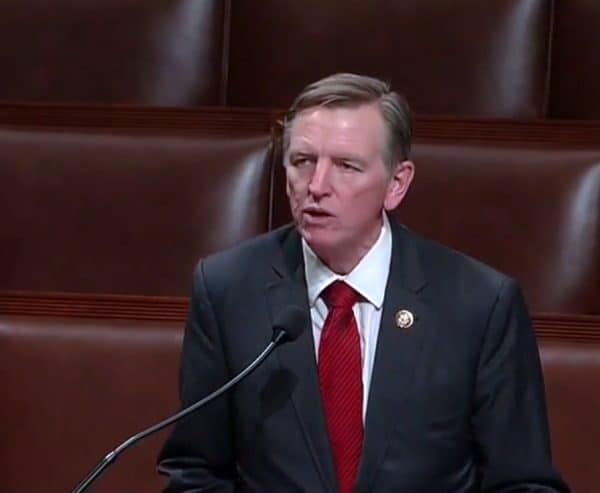 Republican Congressman Paul Gosar has introduced a “discussion draft” of a bill designed to, “clarify which Federal agencies regulate digital assets, to require those agencies to notify the public of any Federal licenses, certification, or registrations required to trade such assets, and for other purposes.”

“The Crypto-Currency Act of 2020” proposes definitions of  “crypto-commodity” (fungible, blockchain-based); “crypto-currency” (“representations of United States currency or synthetic derivatives resting on a blockchain,” including stablecoins); “crypto-security” (“all debt, equity, and derivative instruments that rest on a blockchain or decentralized cryptographic ledger”).

The definition of “crypto-security” exempts products registered with the Department of the Treasury as a money service business or which are fully-compliant with America’s Bank Secrecy Act and all other to anti-money laundering and anti-terrorist finance and screening laws.

If it passes, the Act designates, “The sole Government agency with the authority to regulate crypto-commodities,” as the Commodity Futures Trading Commission.

The SEC will is designated as the regulator of “crypto-securities.”

Both agencies will be required to maintain a publicly-available list of licensed, certified or registered bodies creating or trading digital assets.

Transaction-tracing mechanisms must be in place:

“(T)he Secretary of the Treasury, acting through the Financial Crimes Enforcement Network, shall issue rules to require each crypto-currency (including synthetic stablecoins) to allow for the tracing of transactions in the crypto-currency and persons engaging in such transactions in a manner similar to that required of financial institutions with respect to currency transactions under subchapter II of chapter 53 of title 31, United States Code.”

In a speech she gave last week to banking regulators in Frankfurt, U.S. Federal Reserve governor Lael Brainard said current U.S. laws are not designed to address the financial stability issues implied by cryptocurrencies if they become widely used:

“Our current framework is based largely on whether a cryptocurrency is deemed to be a security or has associated derivative financial products and whether the participating institutions have a supervisory agency overseeing their activities. Unlike many other jurisdictions, regulators do not have plenary authority over retail payments in the United States.”

Brainerd also noted a preponderance crime and fraud in crypto, which could exaggerate if a stablecoin like Facebook’s Libra goes into wide circulation without adequate regulation:

“Cryptocurrencies already pose a number of risks to the financial system, and these could be magnified by a widely accepted stablecoin for general use. Estimated losses from fraud and thefts associated with cryptocurrencies are rising at a staggering pace—from $1.7 billion (1.4 billion euros) in 2018 to over $4.4 billion (3.9 billion euros) in 2019, based on one industry estimate. The hacking of exchanges represents a significant source of the theft, followed by the targeting of individual users through scams using QR codes, malware, and ransomware. These estimates reflect only known fraud and thefts; it is likely that not all losses are reported and some amount of cryptocurrencies is lost or forgotten. In most cases, customers bear the losses.”