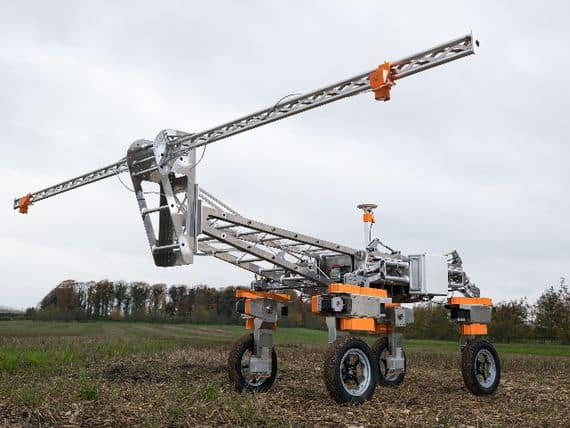 Small Robot, a UK-based ag-tech that is building sustainable farming robots, is now seeking £700,000 through its equity crowdfunding campaign on Crowdcube. The latest campaign comes just one year after Small Robot £1,173,940 through its latest Crowdcube campaign.

Small Robot reported it has transitioned from prototype to commercial service, using an autonomous robot and their AI software to deliver a weed map to paying customers.

“Imagine a world in which we could use swarms of lightweight, smart machines to replace tractors and make food production more accurate, sustainable and profitable. Small Robot Company is building the technology to make this happen. Our three small robots, Tom, Dick and Harry and our AI brain Wilma will plant, monitor and treat arable crops autonomously.”

Small Robot also revealed that since its previous campaign, it has achieved its aim of moving from proof of concept to commercially-ready prototype. The new raise will help it to begin manufacturing its robots with its partners, Tharsus.

“Today, we are delivering an AI-generated field map which has the potential to show the exact location of every plant and all of the weeds on UK farms, and we believe we are the first to market with a product of this sort. This year we aim to demonstrate our ability to kill these weeds autonomously without using chemicals.”

Since its launch, Small Robot’s latest campaign has raised nearly £630,000 from more than 445 Crowdcube investors. The company is offering 8.05% in equity at an £8 million pre-money valuation. The initiative is set to close mid-February.