William Russell, the Lord Mayor of the city of London, noted recently that the UK is planning to support Qatar in becoming a leading financial technology (Fintech) hub in the Middle East. Russell praised the new legislation and regulations being developed by the Qatari government to support Fintech projects and the establishment of a regional financial center. 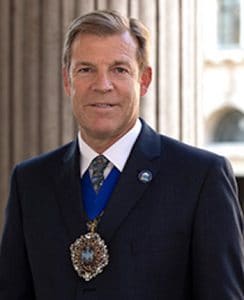 Russell, whose comments came during a press conference held during his recent visit to Doha, Qatar’s capital, revealed that the Middle Eastern nation’s investments in the UK surpassed £40 billion. He pointed out that the Qatar Investment Authority is one of the world’s few sovereign funds that has invested over £5 billion in the UK following Brexit.

Russell went on to note that the UK was grateful for the support that it has received from the State of Qatar, and acknowledged its aspirations of becoming a major Fintech hub.

At present, there are over 700 UK firms operating in Qatar’s booming capital market in several high-growth sectors, Russell said.

He went on to mention that the UK and Qatar share many development and economic interests, as the Middle Eastern nation also aims to produce electric cars. Qatar’s government wants 20% of all automobiles in the country to be electric cars by 2025. Meanwhile, the UK is focused on ensuring that all cars in the nation are electric by 2035.

Russell confirmed that the UK’s Fintech sector employs approximately 2.3 million workers. He is also on the  Advisory Board of Innovate Finance.