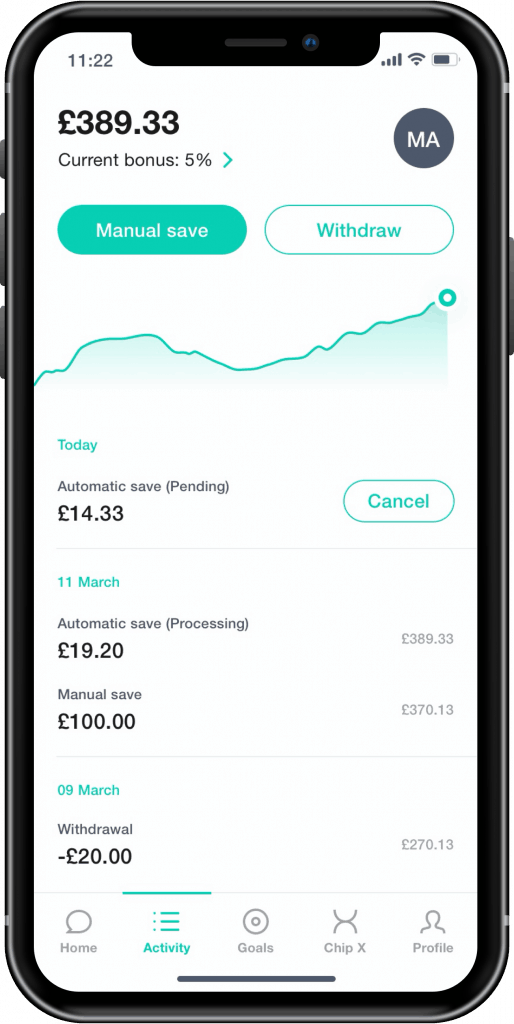 UK-based Fintech firm Chip, which offers a smart savings app, has finalized the largest equity crowdfunding round in the country since the Coronavirus-related lockdown began.

Chip has acquired £2.6 million from more than 4,000 investors. The company’s fundraising efforts have been facilitated through Crowdcube, a leading British investment crowdfunding platform.

Chip’s private round that was not posted publicly on Crowdcube’s investment section notably surpassed its £1 million target within a few hours. Chip has posted an investor page where individuals may register. Chip has over 10,000 shareholders from previous funding rounds.

“The raise with Chip shows that, despite the bigger economic turmoil, there is still an appetite from communities and everyday investors to support startup and scaleup businesses.”

Chip’s latest fundraiser has come only a few months after the Fintech company acquired £7.3 million in capital from various investors. Approximately £3.8 million of the amount had been  crowdfunded by the firm’s clients, and the remainder was contributed by several angel investors.

Chip plans to use the capital raised to introduce an FSCS (Financial Services Compensation Scheme) protected savings account with the help of a local partner bank.

Previously, Chip had been planning to apply for a banking license, however, it now seems that the company may prefer to work with a banking partner.

Chip’s management confirmed that they’ll also use the funds acquired to develop new features which will aim to accommodate the changing behaviors of consumers following the COVID-19 outbreak.

Simon Rabin, CEO and founder of Chip, revealed that the Fintech firm’s client base has increased more than 40% during Q1 2020. Savers have put aside an increasing amount of funds in their accounts, Rabi claims. There’s reportedly been a 13% increase (on average) in the amount each investor has been saving each month via the app.

The app’s “safety net fund” has managed to replace “holiday” as the top spot or priority for savers since the Coronavirus outbreak.

People are also increasingly using funds that were meant for going on a vacation, or other types of entertainment or social events like festivals and weddings. Consumers have been spending some of these funds on establishing small businesses, getting homeschooling supplies for their kids, and various do-it-yourself (DIY) projects.

“We’ve seen unprecedented growth during these difficult times, which demonstrates that Chip is incredibly useful for putting money aside for safety net and emergency funds.”