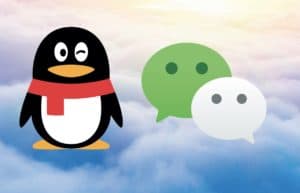 Tencent’s management confirmed that they built up their stake during the course of about a month, prior to reaching and disclosing the 5% share acquisition on April 30, 2020.

The buy-now-pay-later model has experienced significant growth and adoption during the past few years. Afterpay’s market capitalization currently stands at more than A$8 billion (appr. $5.13 billion) on the Australian Securities Exchange (ASX).

Afterpay has been establishing its presence in US markets. The firm also offers services in the UK under its Clearpay brand.

Anthony Eisen and Nick Molnar, co-founders at Afterpay, stated that the investment from Tencent offers the potential to “collaborate” with the tech giant across a wide range of sectors.

Earlier this year, Tencent’s management had confirmed that the firm would begin to increasingly focus on smart retail and payment platforms.

“Afterpay’s approach stands out to us not just for its attractive business model characteristics, but also because its service aligns so well with consumer trends.”