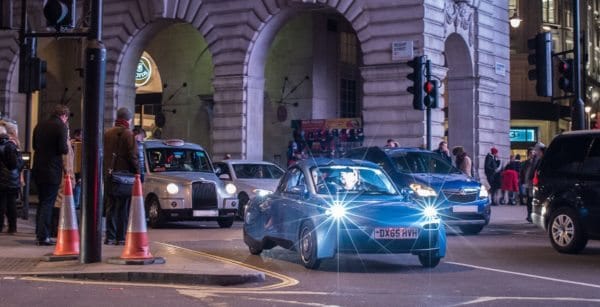 Wales-based hydrogen-electric car company Riversimple has successfully secured more than £500,000 through its latest equity crowdfunding campaign on Seedrs. The funding round, which originally sought to raise £200,000, made its debut less than a year after Riversimple raised £839,958 through its previous Seedrs campaign.

As previously reported, Riversimple has designed a new car called the Rasa, which emits nothing but a tiny amount of water and will do the equivalent of a c250mpg. The company’s car charging only takes three minutes and the range is 300 miles. Riversimple revealed more details about the car by stating:

Riversimple further noted through three successful crowd rounds, it has built an investor base of over 1,000 shareholders from more than 20 countries, with over 3,000 people expressing interest to be customers, some from as far away as NZ and Japan.

“As a pioneer in the circular economy, Riversimple has been named as an Emerging Innovator by the Ellen MacArthur Foundation and one of the world’s top 100 disruptive companies by Disrupt100. Riversimple MD Hugo Spowers was invited to addressed the European Investment and Central Banks’ Annual conference in Luxembourg.”

In regards to what the funds from this Seedrs round will be used for, Riversimple added:

“Proceeds from this crowd raise will be used to support the 20 car production run and to forge ahead with the operations and marketing of The Clean Mobility Trial. We have a shortlist of customers waiting to participate in this trial, both households and organisations.”