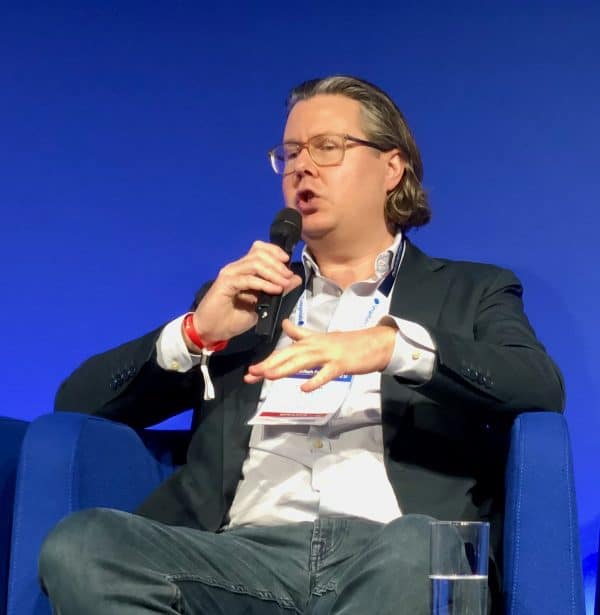 LendInvest is one of the most successful Fintechs in the UK. The digital marketplace for property finance has long been profitable – not a common characteristic in the early-stage sector including Fintech. It has been rumoured for some time now that LendInvest is a likely candidate to pursue an initial public offering at some point in the future.

LendInvest was co-founded by now Chairman, and former CEO, Christian Faes in 2008. At the beginning of 2020, Faes announced he was stepping down from the CEO role while remaining firmly committed to the success of the Fintech. At the time of the announcement, LendInvest Board Member Chris Barnes stated:

“We’re delighted to see this natural shift in the LendInvest leadership team. The company and its shareholders will continue to benefit from the clarity of Christian’s vision for LendInvest over the long-term, and will reap the rewards of Rod’s stewardship at an operating level. This is promising news for one of UK Fintech’s biggest success stories.”

A regular on the global Fintech speaking circuit and never shy to voice his opinion, Faes founded a new entity in 2019 – the Digital Finance Forum – Faes is currently Chair of the Forum.

One of the first public moves of the organization was to pursue a survey regarding the UK’s ability to maintain its leadership position in the global Fintech ecosystem. At the time of the survey, the results indicated that only 1/3 of UK Fintech founders were confident in the UK’s ability to maintain its leadership role in light of Brexit. Today, there is a different challenge as the global COVID-19 pandemic has caused havoc in all markets.

Recently, the Digital Finance Forum kicked-off its second annual ‘Summer Survey‘ trying to gauge the temperature from Fintech founders. This year the Forum has the backing of the UK government who are said to be keen to see the results of the survey – and how the government can work to better help the strategically important Fintech sector.

In fact, John Glenn, MP, and Economic Secretary to the Treasury has lent his voice to support Fintech participation in the Survey.

Calling all Fintech founders in the UK. Please help the @DigiFinForum with our annual Summer Survey. The government is listening and wants to help our sector. Help us help them, help you. https://t.co/mNJ7p4qkRZ

Crowdfund Insider recently spoke with Faes regarding the Digital Finance Forum and the UK Fintech marketplace. Our discussion is shared below.

You founded the Digital Finance Forum last year. How has the organization been proceeding in the ensuing months?

Christian Faes: We had been running the group fairly informally since late 2016, but last year decided to actually formalise it, put some money into trying to build it into a proper industry organisation with a secretariat, and so on.

The whole Covid-19 situation I think has been a rallying point for Fintech founders. There have been a lot of issues facing Fintech businesses, and this has really invigorated our efforts with regards to the Digital Finance Forum – and also we see as much as ever, that Fintech companies and their founders, need a group to help them be heard in government.

The whole Covid-19 situation I think has been a rallying point for #Fintech founders. There have been a lot of issues facing Fintech businesses, and this has really invigorated our efforts @DigiFinForum Click to Tweet

What type of membership does the Digital Finance Forum currently have?

Christian Faes: The membership has a core group that is essentially a steering committee, and we are very much a group that wants all Fintech founders to be a part of it and the discussion, and for it to serve our sector.

In light of the challenging environment, how is the Fintech industry doing in the UK? What about Brexit?

Christian Faes: Hmmm, I don’t know, to be honest. I think it’s too early to tell, as to what the longer-term impact will be on the Fintech sector from all of this. It’s clearly not helpful for our businesses, but hopefully, there will also be opportunities that will come from it, over time.

I think the whole pandemic has forced an acceleration for digital change, and I think that financial services will very much be a part of that. People haven’t been going to bank branches for the last few months here in the UK, and that whole experience has probably become even more obsolete for most people – and many people were probably forced to go online to do some sort of financial transaction for the first time through this period. All of these things are nudges in the right direction for financial services and technology.

I think the whole pandemic has forced an acceleration for digital change, and I think that financial services will very much be a part of that @ChristianFaes Click to Tweet

Do you believe the UK programs like the CBILS and Bounce Back Loans – are accomplishing their objectives?

Christian Faes: I think the government has put together schemes that were entirely rationale and suited to putting money into the system. They initially made an announcement of £330 billion of support through these schemes, but the funding to date has only been a fraction of that. The headline gave us confidence, but the reality has been a bit less overwhelming.

The biggest frustration for the Fintech sector is that it has felt like a bit of an afterthought with regards to the economic support packages. The large banks were seen as the first port of call (which you can understand to an extent), but it was quickly clear that Fintechs can be a very useful part of the solution. Weeks after the launching, and after some pretty loud complaining, Fintechs started to be allowed into the Schemes by the British Business Bank.

Weeks after the launching, and after some pretty loud complaining, Fintechs started to be allowed into the Schemes by the British Business Bank @ChristianFaes Click to Tweet

What about the Future Fund? While this is targeting early-stage firms it is also being utilized by Fintechs. Thoughts on this program?

Christian Faes: I think that this has been a really good step in the right direction. The demand for funding is more than the initial funding committed to the Fund, but I think there will be some great businesses that will be kept going as a result of this Fund being put in place.

The Economic Secretary to the Treasury has added his voice to the Digital Finance Forum Survey, what does he hope to accomplish? Are there new Fintech focused programs in the works?

Christian Faes: It’s great to have support for the Digital Finance Forum from people like John Glen MP. He is regarded highly within the Fintech community as someone who is genuinely engaged and has a very good understanding of the sector, and is keen to understand how the government can do more to help.

I have seen reports that traditional finance is revisiting its physical footprint in regards to offices in London. This has been driven by the rapid transition to virtual offices. What is the long term impact?

Christian Faes: It’s going to be fascinating to watch how we all end up going ‘back to work’.

I think a lot of financial services businesses are going to have very different ways of operating in the future. However, most Fintechs are pretty highly regulated businesses, and so I think there will certainly be a need for a physical presence for most businesses, where people will need to go regularly to ‘work’, but let’s see how that goes.

How is LendInvest doing? Your platform is contingent upon the UK economy. How is property finance holding up?

Christian Faes: LendInvest is doing well, and I think the team has done a brilliant job of navigating some pretty extreme circumstances to date. We were able to move to being fully remote from an operational perspective, quite seamlessly; and actually March was one of the busiest months the business has ever had.

The property market was effectively ‘shut’ for a few months, where people either couldn’t transaction (because valuers or agents weren’t able to get to, or access properties), but it has opened up now, and there’s more activity than we thought there would be. We are well funded, and have a very diverse capital base.

LendInvest was founded during the last crisis, and we spent the last 12 years having to explain to investors how we would deal with another one, and now the company is walking the talk.

LendInvest was founded during the last crisis, and we spent the last 12 years having to explain to investors how we would deal with another one, and now the company is walking the talk @ChristianFaes Click to Tweet
Sponsored Links by DQ Promote