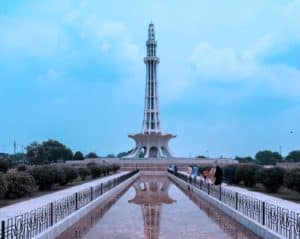 Pakistan needs to work on its economic development strategy. The country has a population of over 210 million, but its GDP hasn’t grown nearly as fast.

The country’s GDP is around $300 billion and the average income is about $1,500 per year which is significantly below the global average. It’s certainly not enough to maintain a decent standard of living as most people are unable to afford the basic necessities like access to quality education and healthcare.

As reported in December 2019, Tania Aidrus, a former director of products and payment at Google and former country manager (Singapore) for South Asia’s emerging markets at Google, had returned to Pakistan after spending 20 years working abroad.

Aidrus will now be leading Pakistan into the digital age. The MBA graduate from the Massachusetts Institute of Technology shared her plan and vision to lead the country’s digital transformation efforts during the “Digital Pakistan” inauguration ceremony, held on December 5 in Islamabad.

Emerging technologies (Emtech) like AI, Big Data, the Internet of Things (IoT), machine learning, Robotics, automation, and cloud computing can be used to update Pakistan’s existing infrastructure so that the country’s businesses can streamline their operations.

Fintech firms (along with startups in other sectors) in more developed nations have already been leveraging Emtech to enable financial inclusion and provide better business opportunities to individuals and companies.

The Digital Pakistan Initiative was proposed by Pakistan Tehrik-e-Insaf (PTI), the nation’s ruling political party. Some Pakistani residents believe that this initiative is a sign that the government is serious about promoting the adoption of digital technology in the South Asian country.

As first reported by Pakistan’s Technology Times, the PTI government recently upgraded the digital banking infrastructure and has made it easier for people to complete online payments, without having to complete a lot of paperwork.

It has also become easier to obtain debit or credit cards and they’re increasingly being accepted at physical store locations and also by e-commerce sites. University students are able to pay their tuition online, which was not supported by many universities until fairly recently.

Pakistan reportedly has more than 165 million mobile subscribers. It has around 70 million people who use the internet on a regular basis and 60 million smartphone users.

Dr. Khan confirmed that Pakistan is focused on its nationwide digital transformation strategy.

As reported earlier this month, Pakistan has experienced a surge in digital payments following the COVID-19 outbreak.

Fintech adoption in Pakistan is on the rise with Japan Communications and Saffran Group committing to investing in local financial tech initaitives (in July 2020).