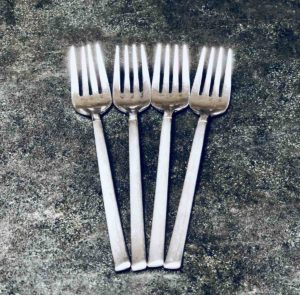 The developers of Qtum (QTUM), a platform for developing decentralized applications that aims to leverage certain technical aspects related to the security of the Bitcoin (BTC) network while providing smart contract functionality (somewhat similar to Ethereum), claims that there are only a few pieces of software that can “truly stand the test of time without needing to be updated before they go outdated.”

The Qtum team notes that it seems like whenever we open up an Apple or Microsoft product, we receive a notification telling us that we need to perform or download an update to the software.

The developers state that those days of “static, yet classic,” Super Nintendo games that never required updates are now “long gone,” and nearly every week Mario Kart has to be updated to the latest version.

“Blockchain … developers are [also] … pushing out improvements, patches, and fixes [all the time] so their code can live another day. While some code changes are small and don’t require an update to keep using your favorite software (or blockchain), some code changes do require the update, and those updates aren’t always backward compatible.”

The Qtum team says that they want to be one of the easiest to use or user-friendly blockchains, which is why in their first generation of staking (MPoS), just about anyone is able to operate a node and begin validating cryptocurrency transactions with a machine that’s as easy or straightforward to use as a Raspberry Pi. While this establishes a really low entry barrier, the distributed ledger tech (DLT) sector has made significant improvements during the past few years since Qtum introduced its platform.

Qtum’s development team claims that this is why they’re offering offline staking, which they think is the easiest proof-of-stake implementation for digital asset transaction validators to operate a node and for users to delegate.

As explained by the Qtum team, the reasons offline staking is a good idea are that there’s no need for slashing (penalizing validators for undesirable actions), and there’s no minimum staking amount required to become a “Super Staker” (anyone can become one). There’s also “no limit” to the number of Super Stakers that can participate.

Additionally, there’s “no 7 or 21-day unlock (your coins stay liquid)” and “delegation payouts are trustlessly done through the protocol.”

However, to take advantage of the benefits of offline staking, Qtum will have perform a hard fork (backwards incompatible upgrade) of their blockchain network.

As explained by the Qtum team, a hard fork means there’s “a hard split in the network for the new consensus rules.” To initiate this type of DLT network update, “everyone” must agree by updating to the new blockchain consensus rules or “be left behind on the dustheap of blockchain history.”

“The protocol developers and community usually pick a certain block height (time in the protocol), in Offline Staking’s case, the network changes get activated at block 680,000 or roughly August 28, 2020.”

Users on the old chain (following old consensus rules) will still be able to use native QTUM tokens if they decide that they want to keep the old network going. However, the Qtum team clarifies that with “non-contentious hard forks, the coins on the old network typically become worthless (since the network shrinks) and any value in the pre-fork network tends to transfer to the network with the new rules.”

On August 29, 2020, Patrick Dai, the Founder of Qtum, confirmed that the hard fork had been successful and liquidity mining was on the way.