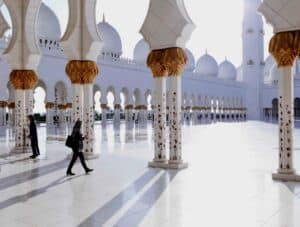 The Fintech industry in the Middle East and wider MENA region has experienced significant growth during the past several years.

The State of Fintech report reveals that the number of financial technology companies in the Middle East was expected to increase from around 105 in 2015 to 250 in 2020, meanwhile, Fintech firms in the MENA region have reportedly secured more than $100 million in capital during the past 10 years. This figure is still quite small compared to what Fintechs manage to raise in the UK, Europe, or the US, however, steady growth is most likely to continue in the coming years.

As first reported by Arabian Business, it’s expected that Middle Eastern Fintechs will raise significantly more capital by the end of 2020.

The MENA region is home to many young people. There are also many unbanked or financially underserved consumers living in these countries. Despite the COVID-19 outbreak (which has led to many countries like Canada almost completely abandoning cash), many consumers in Middle Eastern countries are still making cash payments.

There’s a significantly large market for new Fintech solutions that could help the region’s consumers and businesses with using all-digital platforms and services. The Middle East has also seen more regulations being introduced and sandbox programs being launched, in order to support Fintech adoption in the region.

The Coronavirus crisis has led to a considerable increase in the use of locally-developed Fintech apps as consumers begin to gradually shift away from visiting physical business locations and try to conduct more transactions online. However, the adoption of digital financial services in the MENA region is still not at the level of most Western countries.

But multionational Fintechs appear to have realized the potential of the Middle East market. This, as service providers such as Kristal.AI, Baton Systems and SettleMint are planning or considering expanding their operations in the area. These developments might begin to attract more foreign investors.

Almost 30% of people living in the Middle East are aged between 15 and 29, according to recent estimates from the World Bank. This age group represents more than 108 million residents, and it’s notably the world’s largest youth population. This could potentially present key business opportunities, especially for all-digital services since younger people tend to be more tech-savvy than older generations.

It’s possible that the MENA region’s young population could be a good market for Fintech startups, and leading Middle Eastern economies like the UAE and Qatar may soon be in a position to offer services somewhat comparable to those that are already available in the UK, the EU, and the US.

Just two years ago, there were around 67% of MENA region residents that were still unbanked, according to World Bank data. Meanwhile, only about 35% of European and Central Asian consumers are unbanked.

However, the MENA region has a high mobile penetration rate, as around half the area’s 25 countries reportedly had unique subscriber penetration rates of 70% or more by late 2018. The global average is slightly lower at about 66%.

The MENA region is experiencing a strong revival of digital commerce and its virtual payments sector is also growing, according to recent statements from an industry executive.

As reported recently, Fintech and digital solutions provider Thales will be assisting the Commercial Bank of Kuwait with offering secure contactless payments.

While Kuwait is a very small Middle Eastern country with only a few million residents (mostly expats), it does have one of the world’s largest oil reserves and also the strongest currency. The country also has the financial resources needed to adopt the latest Fintech solutions, but needs to work on diversifying its economy.