Wirex, a UK-based payments platform, announced on Thursday it is firing a “warning shot” at its competitors by launching a comprehensive product overhaul, along with a new Mastercard. According to Wirex, the overhaul kicked off with the release of new features, which includes five new currencies and free foreign exchange. Wirex noted that the overhaul and new Mastercard as part of its first expansion phase out of three. 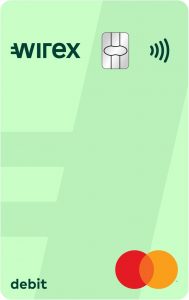 “As a company, we have always believed that Wirex will play a pivotal role in the mass adoption of digital currencies and the inevitable shift from a fiat to a token-based economy; the new product confirms this.”

Wirex also shared that its new Mastercard includes up to 2% Cryptoback rewards for all Wirex card spending, online and in-store, and up to 6% rewards on customers’ WXT balance annually.

Founded in 2014, Wirex is a UK FCA-licenced global digital payment platform that has forged new rules in the digital money arena. The company also claims it is the only platform that allows access to OTC and interbank rates for crypto and traditional currency exchanges respectively, ensuring our users always get the best deal.

Wirex recently announced it received its first money transmission license in the U.S. from the State of Georgia Department of Banking and Finance. According to Wirex, the license will allow them to engage in the business of money transmission serving the population of the state and marks an important milestone in the payment company’s push to offer its services to the U.S. population.

Wirex further revealed it already serves three million customers across 130 countries and it has also developed a series of world’s firsts that they are excited to bring to the U.S. Wirex also shared recently it is partnering with global open banking platform Railsbank to provide Wirex cards in the APAC region.