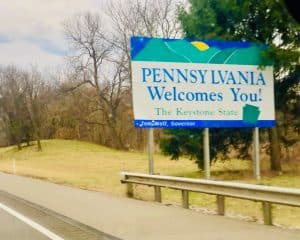 The Commodity Futures Trading Commission (CFTC) said that the U.S. District Court for the Southern District of New York has entered a consent order against Jon Barry Thompson of Easton, Pennsylvania, imposing injunctive relief and restitution of approximately $7.4 million.

In a parallel action, the U.S. District Court for the Southern District of New York on October 1, 2020, accepted Thompson’s plea of guilty to one count of commodities fraud. Thompson will be sentenced on January 7, 2021.

“Fraudulent schemes, such as this, harm market participants and subvert the public’s confidence in the safety of new and innovative commodity markets,” said Division of Enforcement Director James McDonald. “The CFTC will continue working to protect our markets, including the burgeoning markets for digital assets such as Bitcoin, from fraudulent schemes, and will work in parallel with our criminal law enforcement colleagues where appropriate.”

The order requires Thompson to pay $7,431,728 in restitution to the two customers, and enjoins him from any further violations of the Commodity Exchange Act or CFTC regulations, as charged.

The order also permanently bans Thompson from registering with the CFTC, from trading any commodity interests, and from trading Bitcoin for any account in which he has a direct or indirect interest.

The CFTC states that in or about 2018, Thompson induced two customers to send a combined total of over $7 million to fund the purchase of Bitcoin after making false representations that Thompson, or the escrow company Thompson was affiliated with, had the Bitcoin in hand and the customers’ money would be safeguarded.

According to the order, after receiving the customers’ money, Thompson sent virtually all of the money to third parties without first receiving any Bitcoin.