Recently, Kik settled a long legal battle with the Securities and Exchange Commission (SEC). In the end, Kik must pay a $5 million settlement pertaining to an initial coin offering (ICO) that was deemed to be an unregistered security offering. Additionally, for the next three years, Kik must provide notice to the Commission before engaging in future issuances, offers, sales, and transfers of digital assets.

Filed in the U.S. District Court for the Southern District of New York in June 2019, the SEC had alleged that Kik sold digital securities to U.S. investors without registering their offer and sale as required by the U.S. securities laws.  The court established that Kik’s sales of Kin tokens were sales of investment contracts, and therefore a security, and that Kik did not qualify for any exemption from registration requirements.

The court also found that Kik’s private and public token sales were a single integrated offering.

In some ways, Kik became a broader industry battle as multiple blockchain-focused firms lined up in support of the company. At one point, a website was created called “DefendCrypto”. Millions of funding to support Kik’s legal fight reportedly rolled in. But as details of the lawsuit emerged, crypto industry support waned. Today, the Defend Crypto site is no more.

John Berry, a partner at Munger, Tolles & Olson LLP, a former SEC attorney that served on the enforcement staff from its Los Angeles office, has provided some perspective on Kik’s settlement with the SEC. While at the Commission, Berry supervised over 100 investigations that led to more than 40 litigated or settled cases so he is well versed in the machinations of the SEC.

We asked Berry, where Kik went wrong as it had enlisted top legal advisors in its battle. Berry said that it wasn’t Kik’s legal counsel, it was that they did a sale of tokens and SAFTs that the SEC viewed as a securities offering. 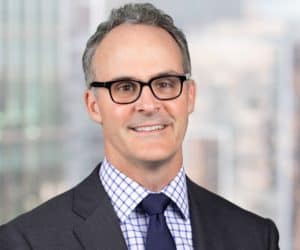 We posed the question as to how the Kik settlement impacts the digital assets industry and if this the final nail in the ICO coffin.

“The settlement, in and of itself, doesn’t have as big impact as the rulings in the Kik and Telegram cases from the Southern District of New York federal judges,” said Berry. “Those rulings could have significant precedential value for the SEC as they continue to battle those doing coin offerings in court. But those rulings aren’t the final nail in the ICO coffin. There are still ways for companies to sell tokens without needing to register them with the SEC, but they are narrowing.”

As SEC Commissioner Hester Peirce has proposed a safe-harbor for digital asset offerings we asked Berry for his thoughts on that.

“Commissioner Peirce’s safe harbor may be best seen in context with the recently proposed bills in Congress – the Securities Clarity Act and the Digital Commodity Exchange Act. All of this is part of an effort to try and provide clarity to what some say is a vague area of the law. I suspect many, including Commissioner Peirce, will continue to push for regulatory or legislative fixes for what they see as a problem with the current regulatory regime for token offerings.”

Some industry insiders believe that the US will lose in the short term, as many digital asset firms are setting up operations outside the country.  But will the US win in the long term due to its regulatory approach and efficacy of markets?

“I think there can be an argument that the US’s more stringent regulatory approach towards coin offerings may be better than the lenient approach taken by other countries because there are quite a few illegitimate players in this relatively new space, and the oversight by the US regulators helps curtail those bad actors,” said Berry.

And what about digital assets that have characteristics of both securities/currency? What about utilities?

“Digital assets that have characteristics of both securities and currencies are arguably what was present in the Telegram case (and, to a lesser extent the Kik case). The proposed legislation in Congress – the Securities Clarity Act – is meant to try and address that by separating the securities investment contract from the digital asset being sold with the contract. Pure utility tokens generally are outside the scope of the federal securities laws because an investor isn’t buying them to make money; they are using them for some other purpose (like buying goods). But many people have tried to convince the SEC their coins were just utility coins when, in fact, they were being touted as a way to make money.”