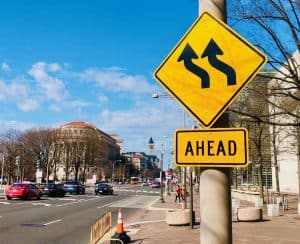 Digital asset exchange Huobi noted earlier this month that the ongoing upgrade of Ethereum (ETH), the world’s largest platform for building decentralized applications (dApps), is expected to make the original smart contract enabled blockchain “much more usable, scalable, and effective” — but it will also take a fairly long time before the transition to Ethereum 2.0 has been successfully completed.

As mentioned in a blog post by the Huobi Group, the path to Ethereum 2.0 will “not be an overnight thing, and … will have several different stages — or phases — to it.” The transition process begins with Phase 0, which will involve the Beacon Chain going live and then the move towards a new proof of stake (PoS) consensus algorithm will begin to take place, Huobi explained.

The exchange further noted that with this major change in the blockchain consensus mechanism, there will also be a new digital currency created, called BETH. As noted by Huobi, the creation of a new cryptocurrency on an existing blockchain, “born of a new chain upgrade causes many logistical difficulties, but these will all have to be overcome if ETH 2.0 is to be a success.”

“When Phase 0 does occur, BETH will have to co-exist with the already prevalent ETH cryptocurrency. This is logistically something quite unique, but it has been planned out and factored in by those [who are involved with the development and deployment of] ETH 2.0. So, how will BETH and ETH coexist to begin with, and what will be left when ETH 2.0 is finally complete?”

“ETH 2.0 is more like a recast ‘new chain’ that will coexist with ETH 1.0 for quite a long time, the new chain will not instantly replace the original as that would be impractical, but this method throws up its own issues. So, the new chain of ETH 2.0 will also mint a new token, which is BETH. In other words, before ETH 2.0 and ETH 1.0 are completely merged, there will be two types of Ethereum tokens in the network: ETH and BETH.”

Huobi also pointed out that the generation of BETH is “unidirectional.” Users (which includes verification nodes) must lock ETH into the contract in order to “register the public key address of the Beacon Chain.” The public key registered in the contract will be “recognized” via the ETH 2.0 chain, “the Ethereum asset (ETH) anchoring the master chain will be burned, and the Ethereum asset (BETH) on the Beacon Chain network will be generated,” Huobi noted.

Currently, it’s not possible for users to migrate BETH on the ETH 2.0 Beacon Chain to the ETH 1.0 chain before both chains have been merged, Huobi clarified. And before ETH 2.0 begins supporting cross-shard transactions, BETH tokens can’t be transferred, and it will “become a non-transferable asset for validators and users,” Huobi added.

This process is quite different from a typical hard fork (backward incompatible) update where a duplicate is made, “instead old tokens on ETH need to be manually destroyed through the smart contract, and generate a new token ‘BETH’ on ETH2.0,” Huobi explained. The migration process is “long-term and irreversible,” Huobi confirmed, while adding that “in the past hard fork upgrade, both tokens were migrated automatically and instantaneously.”

BETH tokens will appear to be a bit useless as they can’t be transferred and won’t become a non-transferable asset for validators and users, Huobi acknowledged. The exchange pointed out that BETH may be used to take part in the Casper consensus for mining, and users “may receive about 10% BETH staking rewards each year.”

BETH is “temporarily unable to transfer on the chain; while ETH Token can still be used normally, but users cannot get any staking rewards,” Huobi clarified, while noting that “a core concept of ETH2.0 is to lower the threshold so that more people can participate in the staging.”

For instance, a home PC or laptop would also have the capability or the computing capacity to build Ethereum nodes. Therefore, “the number of users participating in the Beacon Chain Staking may be higher than other blockchain projects,” Huobi claims.

Eventually, ETH and BETH will be able to merge and will be integrated, so that there’s just one ETH token in the entire network.

“In the migration plan announced by Vitalik Buterin in October 2019, it was clearly stated that the entire user migration process will attach great importance to the ‘user experience.’ Therefore, if an ETH holder has no intention to participate in BETH Staking, he can directly wait for the merger after 2 years without manual migration, and may not even be aware of the automatic merger process.”

As covered, Huobi has provided a detailed explanation of why Ethereum is arguably the most important distributed ledger technology (DLT) project, but time will tell if Ethereum 2.0 succeeds.