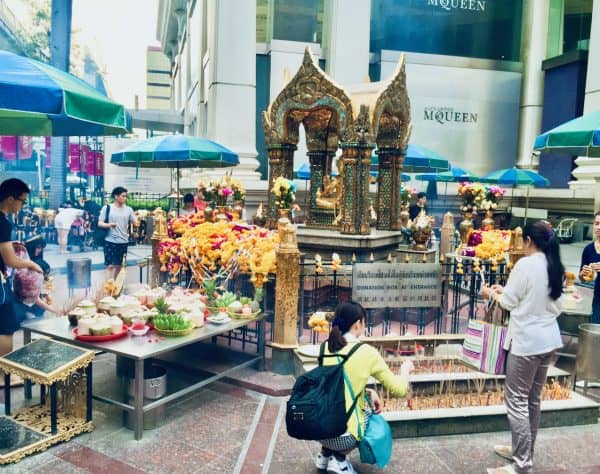 There are no extensive regulations yet on Open Banking in Thailand, however, the government’s digital transformation strategy (and the Thailand 4.0 strategy) along with the introduction of the Personal Data Protection Act (PDPA) in 2020 indicate that the country may soon offer an Open Banking framework.

When compared to other Southeast Asian countries like Malaysia and Singapore, Thailand is still far behind when it comes to developing an Open Banking regulatory framework. The reserve bank of Thailand and other regulatory agencies have not yet provided detailed guidelines for financial data-sharing between different service providers.

But there has been a focus on digital transformation in Thailand since many of its consumers are quite young and tech-savvy. In 2016, the country introduced Thailand 4.0, which is a proposed economic model that’s geared towards supporting innovation and various high-level services that are based on advanced digital technology.

This initiative has been followed by several other projects that are supported by Thailand’s reserve bank, Bank of Thailand (BOT), the Securities and Exchange Commission (SEC), and the Office of Insurance Commission (OIC). These digital transformation initiatives aim to accelerate innovation in the banking, financial, and insurance industry.

BOT has also been focused on supporting the National e-Payment Master Plan, which aims to develop the national payment infrastructure (PromptPay) and its connections to several other Southeast Asia-based payment channels like Singapore’s PayNow.

The Office of Insurance Commission in Thailand had launched the Insurtech sandbox back in 2017 in order to allow industry participants to test out new products.

The SEC in Thailand introduced several sandboxes programs (in mid-2017) for securities, derivatives, clearing houses, KYC processes, and digital or online trading. In January 2018, the SEC launched an API portal for financial product information, exchange rates and various other services.

Thailand has also experienced a significant shift towards a cashless economy, according to the country’s Ministry of Foreign Affairs. Mobile and internet banking transactions surged 83% in 2016, with mobile and Internet banking representing over 30% of payment transaction volume, a considerable increase from merely 8% back in 2010.

Although Open Banking in Thailand has not been launched, local banks are working on developer portals with data-sharing APIs along with the government’s support of innovative projects.

Bangkok Bank was reportedly the first institution in Thailand to launch such a developer portal back in early 2017. At first, the portal had only four APIs, however, it led to other Thai banks such as Siam Commercial Bank, Kasikorn Bank and Bank of Ayudhya (Krungsri), to launch their own API portals as well.

These banks have also been introducing products related (to some extent) to Open Banking. For instance, Krungsri has created an application for handling mortgage loans which enables data-sharing.

Siam Commercial Bank has been working with social media group Line to research and develop solutions that provide notifications of deposits, withdrawals and card spending. SCB also teamed up with Mall Group a few years back to launch new financial services that use the bank’s APIs.

These initiatives may be better supported with the official launch of the Personal Data Protection Act (PDPA), a new framework presented in May 2019. PDPA, which will become effective on June 1, 2021, requires data controllers and processors using personal data to obtain consent from data owners and use the information only for approved tasks.

It’s worth noting that Thailand’s digital economy is growing rapidly, especially following the COVID outbreak. Recently, the SEC in Thailand decided to back off its initial plan to set a 1 million Baht minimum annual income requirement for digital asset investors.

Enterprise blockchain firm R3 has expanded its operations into Thailand after a renewed partnership with Bangkok Bank.

The insurance sector in Thailand continues to grow during COVID-19 with Insurtech AppMan securing more funding.