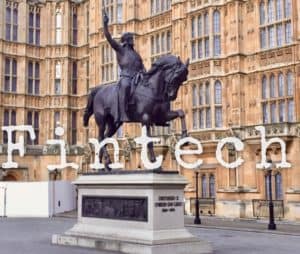 UK-based Open Banking solution provider TrueLayer has secured $70 million in capital through a Series D round.

TrueLayer‘s latest investment round was led by Addition and included contributions from several angel investors. Following this latest fundraise, the Fintech firm has acquired a total of $142 million in capital, to date. Existing investors Anthemis Group, Connect Ventures, Mouro Capital, Northzone, and Temasek, also took part in the Open Banking provider’s round.

Launched in 2016 when Open Banking was in its early stages, TrueLayer now claims that it handles over half of the Open Banking transactions in the United Kingdom, Spain, and Ireland. During the past year, the Fintech company has managed to expand its business across 12 different markets. TrueLayer reports that it has also grown total payment volumes by around 600%.

In January 2021, TrueLayer introduced its very first payments product, offering companies the option to onboard new clients while being able to bypass card schemes using quicker payment channels for account-to-account transactions and deposits.

Open Banking solutions are expected to expand their reach into new financial products under the term Open Finance, providing many opportunities for ongoing growth, according to Francesco Simoneschi, CEO and Co-founder at TrueLayer.

“We’ll be launching new Open Banking based capabilities this year and we’ll continue to expand our network, adding broader and deeper connectivity across Europe and beyond. We believe that open banking is reaching maturity in several markets and the next phase is about solving bigger, more complex problems for our customers – layering value on top of the raw infrastructure. You’ll see us building more and more in this direction.

As reported in February 2021, Monzo had been asking the UK government to make available gambling blocks for everyone. Monzo said that around two million people in Britain are experiencing harm caused by gambling. Monzo and TrueLayer also announced in February that they’re partnering on an Open Banking pilot to power a Gambling Block feature.