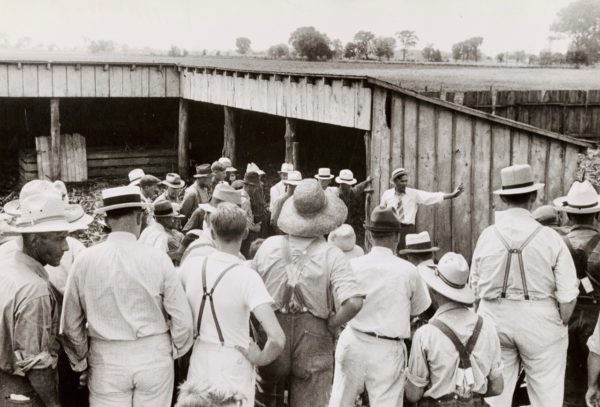 Alonzo will be developing on Cardano’s (ADA) token upgrades in order to give application developers the tools needed for creating business applications.

IOHK, which supports Cardano development, notes in a blog post that at the beginning of March 2021, they implemented Mary ‒ which is described as a multi-asset protocol update that lets users develop “unique” tokens for transactions carried out on Cardano. With the launch of transaction metadata, then token-locking with Allegra in December 2020, and native token creation, the developers are “laying the foundation to establish Cardano as the leading smart contract platform,” the update posted by IOHK revealed.

“Alonzo, our next protocol upgrade, will build on these capabilities. Implemented using our hard fork combinator technology, Alonzo will add support for smart contracts – digital agreements – to Cardano about four months from now. It will open up opportunities for businesses and developers, by allowing the creation of smart contracts and decentralized applications (DApps) for decentralized finance (DeFi).”

IOHK’s blog further noted that when it actually came to naming these protocool upgrades, they chose Allegra (Lord Byron’s daughter) for “token-locking,” and Mary (the novelist and wife of Shelley) for “multi-asset support.”

IOHK also mentioned that Alonzo comes from “a more contemporary figure, Alonzo Church (1903-95).” They added that Church was a US mathematician and logician “who worked on logic and the foundations of theoretical computer science.”

As noted in IOHK’s blog, Church was well-known for inventing lambda calculus ‒ “a formal system used to prove the unsolvability of the Entscheidungsproblem.” Later on, while still working with prominent mathematician Alan Turing, they “discovered that the lambda calculus and the Turing machine were equal in capabilities, demonstrating various mechanical processes for computations,” IOHK’s blog noted while adding that “one of the reasons for naming our smart contract upgrade after Church is that Plutus Core (the Cardano smart contract language) is a variation of lambda calculus.”

While explaining why smart contracts are being added, the IOHK update noted that they “mark the next phase in Cardano’s evolution as a worldwide distributed ledger.” The update also mentioned that “when supporting everyday business, a blockchain must guarantee that individuals can move their funds and pay for products in a secure way.”

“Smart contracts can be used to settle complex deals, hold funds in escrow, and secure movement of funds under predefined conditions. Cardano will allow DApps to interact with the ledger to record their activities and execute smart contracts. These digital agreements express the story of a transaction, specify where funds should go, and under what conditions they will be sent, executing a deal only when all the conditions are met. Alonzo will lay the foundation for Cardano to support such applications.”

While commenting on addressing the business requirements with Alonzo, the blog added that although multi-asset support lets users develop unique currencies that support business requirements, Alonzo aims to offer a “versatile” platform for writing smart contracts. It will be “possible to work with collectibles, crowdfunding, or auctions,” the IOHK team revealed.

“Areas of exploration might include the deployment of escrow-based decentralized cryptocurrency exchanges (DEX), or the creation of complex applications supporting centralized stablecoins (track-and-trace applications for product provenance within a supply chain, for example). With token-locking, users will be able to issue utility tokens with vesting periods, meaning that a number of tokens can be locked or frozen to be released after a specific time.”

While sharing details about the “scripting power” of Plutus Core, the blog noted that with Alonzo, they’re adding the necessary tools and the infrastructure to “allow application development using the Plutus Platform.”

The IOHK blog further noted that a smart contract platform must be reliable and secure – which is why they decided to use Haskell “as the basis for writing Plutus Core smart contracts.” They explained that Haskell is a high-level programming language that prorammers will be using to write code and then compile it to Plutus Core.

IOHK added that Haskell has been “around since 1987, standing out from other programming languages for its high level of trust.”

“Writing in Haskell ensures that smart contracts are programmed to do exactly what they are expected to and can be tested for accuracy before implementation. This means that smart contracts built on Cardano will be straightforward and resistant to vulnerabilities, which is crucial for applications that handle automated trading or move large funds around.”

They also mentioned that application developers will have “functional tools to experiment with and customize transaction validation on Cardano.” They confirmed that the API library will be “extended to enable the deployment and operation of the Plutus Core code on Cardano while interacting with wallets and the ledger.”

The IOHK blog also mentioned that deploying Alonzo is “a complex process” and once functional smart contracts are “running on the mainnet, [they] will continue improving the off-chain infrastructure to deliver software development kits.”