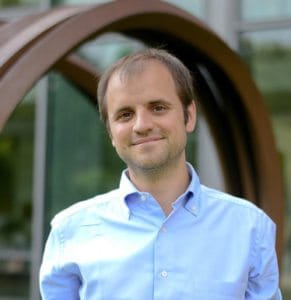 Christian Catalini, an MIT Professor and co-founder of Diem (formerly Libra), visited with CNBC yesterday providing a minor update on the much-anticipated cryptocurrency.

Libra/Diem lurched into the crypto-sphere in 2019 with great expectations of becoming a non-sovereign digital currency utilized by the hundreds of millions of Facebook users along with a coterie of affiliated supporters. It did not take long for policymakers and regulators to pump the brakes on the project as multiple jurisdictions worried about a digital currency that could potentially supplant fiat currency supported by a central bank.

Catalini, well-known in the Fintech world, told CNBC that Diem is taking a phased-in approach while attesting to the expectation that users will go through a rigorous KYC [know your customer] process – a statement that should assuage the regulatory concern of a digital asset being utilized for nefarious activities.

Asked about the data potential of a digital currency like Diem (and obvious concerns about Facebook leveraging this information), Catalini said that Diem itself will not have private information about the customers.

According to the Diem website, the expectation is for digital currency to be a series of stablecoins (IU – USD/EUR/GBP) as well as the possibility for a multi-currency coin (XDX). The Diem coins are said to be backed by 100% reserves of cash and cash equivalents or, perhaps, short-term government securities. If interest-bearing assets are included in a basket of currencies, questions may arise as to whether or not Diem becomes a security.

Diem has stated that it will only proceed upon receiving regulatory approval, including a payment systems license for the operational subsidiary of the Association from Switzerland’s FINMA.

Meanwhile, multiple jurisdictions and central banks are testing digital currency. As has been widely reported, China is already live and in the wild with a digital yuan that is being tested. Earlier this year, Jerome Powell, Chairman of the Federal Reserve, said that 2021 is going to be an important year for the Fed initiative on central bank digital currency (CBDCs) as they will be engaging with the public including forthcoming events. The advent of a CBDC by the Fed may impact interest in private currencies – including Diem.

It has been reported that Diem may launch its first stablecoin, backed by the US dollar, at some point later this year.