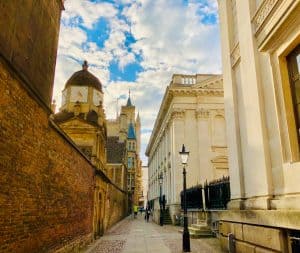 Blend Network added in its latest property market report that activity has slowed down from December 2020’s 6-year high growth of 7.3% year-on-year. But price “momentum” is still impressive “especially considering that the UK has been plunged in a national lockdown since 4 January.”

The Blend Network team also noted that in March 2021, they saw “a barrage of positive news and policy support for the housing market” which had been announced by the Chancellor of the Exchequer Rishi Sunak in his Spring Budget on March 3, 2021.

As noted by the P2P lender, the extension of the stamp duty for another 3 months and 95% mortgages for first-time buyers are “likely to continue to provide support for the housing market in the near-term.” Blend Network added that the longer-term outlook remains “highly uncertain” and “highly dependent on the speed of economic recovery and ongoing support for housing demand in the form of policy incentives.”

Blend Network also mentioned that they listed “a record £1,745,000 worth of loans in February,” and funded their “largest-ever loan in March.” They’re now “on track to a very strong April.”

You may visit the company’s website for additional information. The platform’s management also noted that you may want to check out their upcoming 8-12% return p.a. loans.